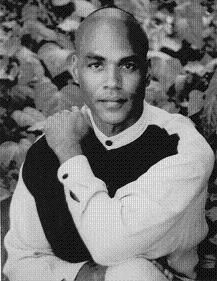 A Chicago native, Phill Wilson has achieved national prominence as an advocate for persons with AIDS, particularly those of color. He has served as an innovative executive in Los Angeles AIDS agencies and has made many national media appearances. He also helped to found and co-chaired the National Black Lesbian and Gay Leadership Forum. He is now executive director of the Black AIDS Institute.

Wilson served as Director of Public Policy for AIDS Project Los Angeles, the nation’s second-largest AIDS service organization. He interacted with federal, state, and local governments, helping to draft legislation that would increase public funding for AIDS-related research, education, and support services and would affect national public policy on AIDS and HIV disease.

Wilson was also the former AIDS Coordinator for the City of Los Angeles. In that capacity, he was responsible for implementing, monitoring, and supervising AIDS policy and for directing the city’s AIDS residential, education, awareness, and rental-assistance programs. He also hosted a monthly cable television show and oversaw workplace training for 65,000 city employees.

Himself HIV-positive since 1980, he was one of the founders of the Blacks Living with AIDS and HIV Disease, the AIDS Prevention Team, and the Gay Men of Color HIV Consortium. He co-chaired the Los Angeles County HIV Planning Council, was a member of the California LIFE Lobby, advised the Los Angeles County AIDS Commission, and helped to found and co-chaired the Black Lesbian and Gay Leadership Forum (later the National Black Lesbian and Gay Leadership Forum).

Wilson co-founded Los Angeles’s Chris Brownlie Hospice, named for his lover whom he met in Chicago in 1980 and who died in 1990. Wilson also co-founded the AIDS Health Care Foundation and represented the United States as an official member of delegations to international AIDS conferences and organizations. He has served on boards of the National Association of Black and White Men Together, the National AIDS Network, the AIDS Action Council, and the Minority AIDS Project. He was executive director of the AIDS Social Policy Archive at the University of Southern California.

Wilson has written many articles about living with HIV and has often been called on as a speaker and health educator, appearing at conferences and seminars and on Larry King Live, ABC-TV’s “Nightline”, and “Oprah” as well as at the 1993 national gay and lesbian March on Washington. He was part of a group of national gay and lesbian activists who met with President Clinton. A poignant essay by Wilson on his lover’s death appeared in the 1997 anthology “Gay Widowers”.

A 1976 graduate of Illinois Wesleyan University, Wilson returned to Chicago and lived here until 1982. During that time, he was a founding member of the Speak Its Name theater troupe, participated in Howard Brown Memorial Clinic’s hepatitis B vaccine study, helped to develop Kupona Network, assisted gay Cuban immigrants in finding homes, and worked with the Chicago chapter of Black and White Men Together to develop a safer-sex workshop project. (Please note: this information has not been updated since the time of the member’s induction).