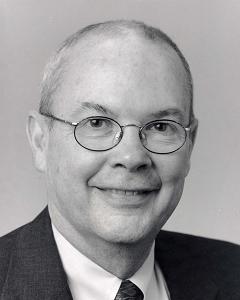 Richard Turner has been an active participant in the life of Chicago both within the gay and lesbian community and as a member of the larger public. He has served as a role model and a teacher, often behind the scenes and sometimes in the spotlight. He was co-founder and national president of Funders Concerned About AIDS and later became director and senior program officer of the Elizabeth Morse Charitable Trust. Previously he was director of development and communications for the Chicago Community Trust. He has led in numerous civic, cultural, and charitable groups and is on Hubbard Street Dance Chicago’s’ advisory board.

His career began as an English and journalism teacher within the public school system. Turner later held positions with the Lyric Opera of Chicago and television station WTTW. Since 1985, Turner has been the director of communications and development for the Chicago Community Trust, one of our city’s leading philanthropic institutions. His pioneer role in funding for AIDS and gay and lesbian issues has earned him a reputation for leadership, integrity, and honesty unmatched in Chicago.

Turner currently serves on the board of directors of the Donors Forum of Chicago, and he is on the executive and steering committees of Funders Concerned About AIDS. He is the national president of the communications Network in Philanthropy. Turner is a member of the Hubbard Street Dance Company advisory board. He also provides volunteer development assistance to Bonaventure House, the Human Rights Campaign Fund, Howard Brown Memorial Clinic, and the Chicago Gay Men’s Chorus.

Turner has served the community through his volunteer efforts on behalf of numerous organizations that are within or have an impact on the gay and lesbian community. He is a former member and past president of the board of directors of the AIDS Foundation of Chicago. Turner has served on the board of Steppenwolf Theatre, was the founding president of the Wisdom Bridge and Travel Light Theater boards, and served on the Illinois Arts Council theater panel. He is a former member and past chairman of the Joseph Jefferson Drama Awards. Turner has been actively involved in Dignity/Chicago and also served on Chicago House’s fundraising committee. He produced “Cabaret at The Second City” and other special events to benefit Howard Brown Memorial Clinic, Chicago House, and the AIDS Foundation of Chicago.