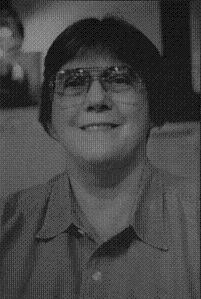 Born on Chicago’s South Side and raised in the Pullman and Roseland neighborhoods, Elizabeth E. Tocci (known as “Toc”) opened her first gay bar in 1963 and, beginning in 1971, owned and ran The Patch in Calumet City, which became one of the oldest lesbian-owned establishments in the nation. She was active in local business circles and gave financial aid and a support to lesbian and gay persons.

For more than 31 years she provided a welcoming space for lesbians and gay men, beginning in a time when few such places were available, particularly for lesbians. “There were straight- owned establishments where gay people would go, but before I opened up there were no gay- owned places.” The Patch has always been home to a diverse clientele: “Women drove down from the North Side, from the South Side; this was the only place going.” Toc has also provided a venue for gay and lesbian performers over the years; singers such as Nancy Hill and Valerie James have regularly performed to crowds of enthusiastic women.

During her lifetime Toc made an impact on the gay and lesbian community not only by providing a safe haven for gays and lesbians to meet and socialize but also by contributing to their growth and development of a positive self-image. Her abundant generosity was demonstrated on occasions too numerous to count, including financial support for those who need assistance due to extended illness or who have suffered the death of a partner.

While Tocci was honored by the Calumet City Chamber of Commerce for her many years of service to the business community, she has also had to confront harassment by homophobic members of the local population. Her bar’s windows were broken out many years ago, and Toc has noted, “It’s hard to come out here.” “I know gay people who manage banks; gay lawyers come into The Patch. I’m gay and I’m proud. I don’t know anything else.”

(Please note: this information has not been updated since the time of the member’s induction).