THE CHICAGO LGBT HALL OF FAME MOURNS THE LOSS OF RICH PFEIFFER, THE HEAD (& HEART) OF PRIDE CHICAGO 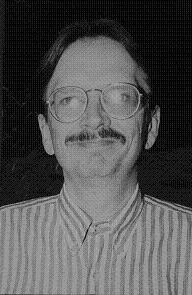 Chicago lost one of its great leaders with the death of Richard Pfeiffer on October 6, 2019, after a long battle with cancer. Inducted into the (then named) Gay & Lesbian Hall of Fame in 1993, Rich was honored for his work as an activist and organizational volunteer. He headed the Chicago Gay Alliance (which ran the city’s first community center) and founded the Gay Activist Coalition (the first gay and lesbian organization at a City Colleges of Chicago campus). However, he is best known for leading PrideChicago, which facilitates the annual gay and lesbian pride parade.

Richard Pfeiffer’s name is synonymous with annual Pride Parade. Pfeiffer had been involved with the organization since 1971, its second year of existence. During the early years of Pride Week, he organized major dances, including one at the Allerton Hotel on Michigan Avenue, as well as an annual Pride Rally in what is now Daley Plaza. For years, Pfeiffer and a small group of volunteers have coordinated one of the world’s largest Pride Parades. Throughout the 50+ years of his community involvement, he maintained a long-term relationship with his life partner, Tim Frye. Our condolences go out to Tim and Rich’s family and friends.