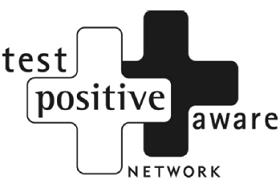 Test Positive Aware Network (TPAN) was founded in 1987 by Chris Clason (himself a 2004 Hall of Fame inductee) and 16 other HIV-positive Chicagoans unable to find adequate support for HIV-positive individuals who were not diagnosed with AIDS, they aimed to enable HIV-positive persons to share personal experiences and information in order to combat isolation and to reduce fear.

TPAN’s primary mission is to provide peer-led support group services (led chiefly by HIV-positive individuals instead of following a medical or mental health support group model) and to provide up-to-date HIV treatment information and education, so as to help persons living with HIV toward a better understanding of their therapy and options and toward longer, more productive lives. TPAN is one of Chicago’s oldest agencies devoted exclusively to HIV related services. It is the oldest peer-led HIV service provider in Chicago, with over 65% of the staff and the majority of its volunteers being HIV-positive.

That three-page treatment newsletter has developed into a nationwide medium of communication. The magazine, Positively Aware, is available free of charge to individual subscribers and is shipped free of charge to health organizations from coast to coast. TPAN is the only AIDS service organization in the United States that publishes a nationally distributed, bimonthly HIV treatment magazine.

Test Positive Aware Network has been a strong, steady, and needed force in the fight against HIV, serving thousands of client members in metropolitan Chicago. It has brought Chicago and its AIDS treatment services to national acclaim through Positively Aware. The organization and its publications have touched and saved many lives. (Note: information listed has not been updated since the organization’s induction).