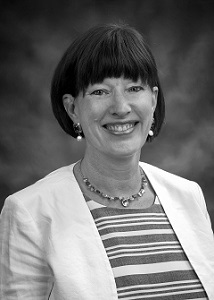 In 2013, as an Illinois state senator representing District 7 on Chicago’s North Side, Heather Steans was the chief Senate sponsor of the Religious Freedom and Marriage Fairness Act to provide marriage equality to all Illinois residents.

She helped to guide the bill through the Senate, which approved it on February 14, 2013. It became law when signed by Governor Pat Quinn on November 20, 2013, making Illinois the 16th state at that time to grant same-sex couples the right to marry, though the law did not take effect until June 1, 2014. She had first introduced a bill for marriage equality in 2009 and reintroduced a similar bill each session until successful passage in 2013.

She has received numerous awards, including the Legislator of the Year Award from AARP, the Richard Phelan Profile in Courage Award from Planned Parenthood, the Legislative Recovery Award from Trilogy, the Partner in Change Award from the Chicago Alliance to End Homelessness, and the Equality Illinois Freedom Award.

Steans graduated from Princeton University with a B.A. degree in urban studies and received her M.A. degree in public policy from Harvard University’s John F. Kennedy School of Government. Her professional career has focused on government finance, economic development, and education reform. She is the former budget director of the Wisconsin Department of Industry, Labor and Human Relations, served as a strategic planner with the Chicago Public Schools, and was a consultant with Ernst & Young.

She is a lifelong Chicagoan, born into a family committed to improving the lives of Chicago residents. She, her parents, and her sisters established the Steans Family Foundation in 1986 to assist residents of the city’s North Lawndale neighborhood. She and her husband, Leo, who have three children, have lived in the Edgewater neighborhood of Chicago for 20 years. (Note: information listed has not been updated since the member’s induction).