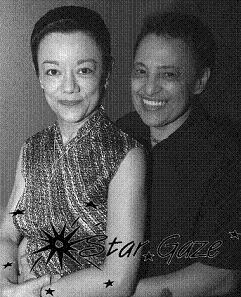 Ever since its opening in 1998, Star Gaze has been much more than a bar. It has been a contributing and supportive member of Chicago’s LGBT community. Its owners, Mamie Lake and Dustin Fermin, seem never to have said no to a request for support, whether it was to hold a fund-raiser at the bar or to assist in a personal crisis. They have walked with many of their customers through whatever was occurring in their lives and have always lent a listening ear and an offer to help.

Shortly after opening, Star Gaze held a fund-raising event for Test Positive Aware Network (TPAN). The bar has held fund-raisers for ONYX/Chicago; given support to the Royal Imperial Sovereign Barony of the Windy City; and served as the birthplace of the comedy group Hysterical Women, besides nourishing other local talent.

Star Gaze has annually sponsored the Lesbian Community Cancer Project’s “Coming Out Against Cancer” benefit and other fund-raisers for that organization. The bar has sponsored events for POW-WOW (Performers or Writers for Women on Women’s Issues), Chicago Black Lesbians and Gays, the Literary Exchange, and Gerber/Hart Library. Star Gaze has also been the league sponsor of three Chicago Metropolitan Sports Association teams in softball, basketball, and football.

Star Gaze has also hosted the annual Hall of Fame fundraising buffet dinner, for which it prepared and served all the food without charge. The bar has also held fund-raisers for at least three cancer survivors and at least one for Hurricane Katrina relief.