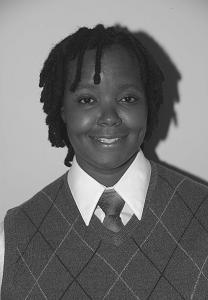 By age 18 in 1996, Tiffani St. Cloud had become a chief motivating force behind formation of the Pride group at Chicago’s Whitney Young High School. It quickly became the school’s second-largest organization, despite some initial student-body resistance. It was formed to bolster the self-esteem of students, including those who are gay, lesbian, or bisexual, and to advocate for their rights. Her youth seemed not to match her significant passion for people and her leadership ability. The group was formed in 1996 to provide support for all students at Whitney Young, including gay, lesbian, and bisexual students; to help people of all orientations to overcome prejudice by promoting tolerance; and to educate students about issues affecting those perceived to be different.

Though many lesbian and gay youth have begun to come out in the 1990s, those who come out still do so with trepidation. They particularly fear rejection by their peers and families. For the Whitney Young student group, most resistance to its formation came from the student body, even though within a few months it became the school’s second-largest organization.

Students also see an advocacy aspect to the group. Some say they want to teach by example and show that gay and lesbian students can make a difference. Others speak of a need to confront injustice and to learn facts so they can better support lesbian and gay rights. The group tries to have verbally homophobic students disciplined.

Tiffani St. Cloud is “out” to her family and friends. She believes that silence aids those who would oppress others. At the time of her induction she was pursuing her education as a first-year student at Smith College in Northampton, Massachusetts. This teen’s quiet nature belies her courage and leadership, both of which she has used to serve others. (Please note: this information has not been updated since the time of the member’s induction).