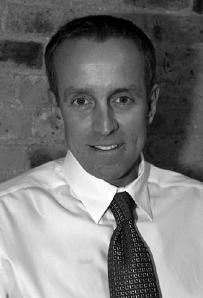 The Rev. Stan Sloan is the longest- serving CEO in the history of Chicago House, which provides housing and supportive services to HIV-affected families and individuals who may also be affected by poverty, homelessness, substance abuse, and mental illness. Over the past decade, Sloan has led Chicago House out of annual deficits while more than doubling its services and revenue. An Episcopal priest in the Diocese of Chicago, he has been a leader in the homeless and AIDS service communities for more than 15 years.

Sloan has been an innovator with regard to HIV/AIDS issues, developing a citywide Centers for Disease Control Prevention Program. Most recently, he has led Chicago House in pioneering Chicago’s first HIV/AIDS Employment Initiative, opening the doors of Sweet Miss Giving’s Bakery as a job training site in 2008. Today, the bakery’s products are sold at more than 50 locations in and around Chicago, with more than half of the profits going to Chicago House.

A native of Guthrie, Oklahoma, who has lived in Chicago for the past 20 years, Sloan cites “a couple of master’s degrees and over a dozen years in working with the homeless and HIV/AIDS-affected” as his training for the work he has undertaken. He was the founding president of the Chicago Alliance to End Homelessness, and in that capacity he successfully lobbied for increased housing for people with disabilities. He co-chairs the board of the Chicago Housing for Health Partnership and is a former American Civil Liberties Union of Illinois board member. Sloan also serves on the Museum of Contemporary Art’s Audience Development and Diversity Committee, on the Chicago Community Trust’s Advisory Board for People with Disabilities, and on an advisory committee for the American Public University System.

For more than a decade, Sloan served as the chaplain of St. Gregory’s Episcopal School, an inner-city institution that served kindergarten through eighth grade, and he is a former pastor of the Caribbean American parish of SS. George and Matthias in Chicago’s Roseland neighborhood.

In 2006, Sloan received a Human Relations Award from the Chicago Commission on Human Relations for his work with the city’s LGBT, homeless, and religious communities. More recently, he was the recipient of an Illinois Department of Public Health Red Ribbon Award and the AIDS Legal Council of Chicago’s Advocate of the Year Award, both in recognition of his efforts on behalf of those experiencing homelessness and HIV/AIDS. (Note: information listed has not been updated since the member’s induction).