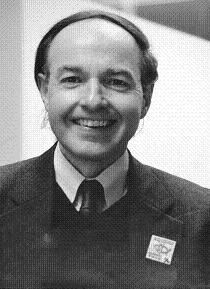 As a volunteer registrar Norm Sloan registered at least 38,000 voters between 1988 and 1996. In some weeks, he registered as many as 1,000 or 2,000. He helped form the Lesbian and Gay Progressive Democratic Organization and later worked through Equality Illinois. Such efforts could only be carried out with firm grasp on a vision—a vision in which lesbians and gay men would have their say in the democratic process.

Sloan became active in politics about 1986 when he was involved in Chicago’s Gay and Lesbian Town Meeting. During Ron Sable’s historic first campaign for 44th Ward alderman in 1987, Sloan realized how crucial it was to register lesbian and gay voters. In order to encourage the effort, he helped to establish the Lesbian and Gay Progressive Democratic Organization as an umbrella group for voter registration. When he would set up his registration table on a sidewalk or other public place in all parts of Chicago, the LGPDO sign was in full view. Recognizing the ongoing importance of lesbian and gay voter registration, he persisted with his mission long after the Sable campaign was over and LGPDO was defunct. He also worked with the Illinois Federation for Human Rights. Because of the efforts of people like Norm Sloan, elected officials have increasingly paid attention to the impact of gay and lesbian voters.

Sloan doggedly devoted much of his volunteer time to voter registration. However, he is also an arts and music lover and has given time to Ballet Chicago, Chicago’s International Theatre Festival, and the Saints, a volunteer organization that assists small theater companies.

Sloan’s determination to help secure gay and lesbian rights has earned him recognition. His unassuming demeanor conceals a fierce drive to make a difference. Many owe Sloan a debt for the difference he has made. (Please note: this information has not been updated since the time of the member’s induction).