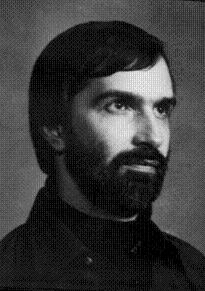 In the 1970s and 1980s, Rev. David B. Sindt fought homophobia in civil and religious societies. As a social worker, he advocated for gay parents and gay children. As a minister, he formed what became Presbyterians for Lesbian and Gay Concerns but later had to leave the ministry because of gayness. Born in 1940, he died of AIDS complications in 1986. His house became the first Chicago House-owned residence.

Besides being an early supporter of Chicago lesbian and gay rights efforts in the civil arena, played a key role in escalating a parallel struggle to end homophobia by organized religion,in his case, Presbyterian. Sindt first moved to Chicago in the early 1960s to attend McCormick Theological Seminary. After graduation in 1965, he served with the Erie Chapel Presbyterian Church (formerly in the Ukrainian Village neighborhood), moved to Minneapolis to serve another church, earned a master’s degree in social work, but returned to Chicago in 1970 to work for the Illinois Department of Children and Family Services (DCFS).

In his DCFS capacity, Sindt was recognized as an expert on foster home licensing, spoke to the National Conference on Social Welfare regarding gay parents and gay children, and in 1974 attended the International Gay Rights Congress in Edinburgh. In the 1970s, he was also active in local lesbian and gay rights organizations and testified at Chicago City Council committee hearings on the then-proposed ordinance to prohibit sexual-orientation discrimination.

Although he was a gifted social worker (as well as a respected hybridizer of award-winning dwarf irises), it was Sindt’s fight for justice within the Presbyterian church, both locally and nationally, that has had perhaps the most lasting impact on gay men and lesbians.

Sindt was called by Chicago’s Lincoln Park Presbyterian Church to extend ministry to the gay and lesbian community, but he was twice blocked by the Chicago Presbytery. In 1974, Sindt organized the Presbyterian Gay Caucus, now Presbyterians for Lesbian and Gay Concerns (PLGC), to provide a forum for both political and advocacy activities by Presbyterians who care about full inclusion of all in the life of the church, from local mission activities to full membership to ordination (something that the Presbyterian church has expressly denied to homosexuals since 1978). The Chicago PLGC chapter now sponsors education activities, works with local congregations on lesbian and gay issues, and meets monthly for fellowship.

Sindt also pushed the Lincoln Park church to expand its vision and to become an inclusive (or “More Light”) church. He served there as an associate, with particular responsibility for gay ministry, until 1976 when the Chicago Presbytery refused to recognize his prior ordination. In 1977 he demitted his ordination but continued to encourage the Lincoln Park church to follow the lead of West Park Church in New York and become a “More Light” church. In 1983, Lincoln Park Presbyterian Church did so. Yet, although the Lincoln Park congregation had ordained another gay man as a ruling elder, Sindt’s nomination in 1984 was challenged and voted down.

Sindt died of complications from AIDS on December 3, 1986. Though gregarious, outspoken, and always available for advice or help, Sindt lived alone. His friends at Lincoln Park Presbyterian Church formed a team to care for him in his West Lake View house during the last months of his life. Each evening, someone prepared dinner, and they shared the meal. The Lincoln Park church continues that ministry by taking a Sunday evening meal to the residents of a Chicago House facility. His memory continues to inspire service to the community.