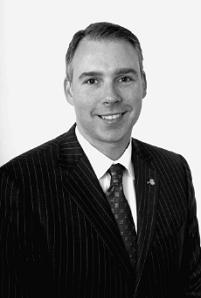 Patrick Sheahan, has compiled an outstanding record of civic, business, banking, educational, and LGBT community leadership in Chicago since relocating to the city in 1995. He was a prime mover behind the 2007 opening of the Center on Halsted (COH), the most comprehensive LGBT community center in the world, and the first to fully integrate recreational, cultural, and social service programming.

Much of the requisite inspirational leadership, driving force, and guiding intelligence behind COH came from Patrick Sheahan. His political acuity and persuasiveness were behind the process of getting the former Chicago Park District garage at 3640 North Halsted Street first turned over to the City of Chicago and then all but gifted to the LGBT community.

He was also responsible for a programming partnership between COH and the Chicago History Museum, which has brought more LGBT culture and history into mainstream Chicago institutions. His business savvy and skillful negotiating resulted in the Whole Foods grocery’s becoming the economic anchor of the COH’s mixed-use facility.

Sheahan served as executive director of public affairs for UBS Investment Bank, where he is responsible for community, civic, and government relations as well as internal and external communications. He has also served as director of public affairs and Senior Manager, Community Relations, for the Sara Lee Corporation and Foundation, and as a Research/Administrative Associate for the Spencer Foundation in Chicago.

Since 2000, Sheahan has brought all his financial and business abilities to bear upon his service as the Center on Halsted chairperson and as Horizons Community Services chairperson between 2001 and 2003.

In addition to his work with the Center on Halsted, Sheahan has served as a member of the Goodman Theatre board of directors, on the Public Policy Committee of the Donors Forum of Chicago, and with several other business organizations. He has volunteered with Chicago Special Olympics and Working in the Schools, and he has served on benefit committees for a city flower and garden show and a low-income housing organization. He earned a Ph.D. in public policy analysis from the University of Illinois in 1997.

Patrick Sheahan’s exemplary service to the Center on Halsted and other local institutions will enrich Chicago’s LGBT communities, and the city itself, for decades to come. (Note: information listed has not been updated since the member’s induction).