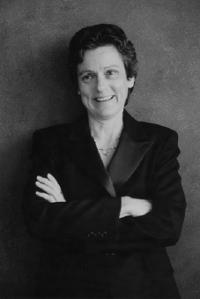 Both by her contributions of time and money to the LGBT community and by her contributions to science as a veterinarian and reproductive specialist, Nan Schaffer has distinguished herself. Schaffer’s local LGBT philanthropy began when she moved to Chicago in 1981. In the years since, she has donated hundreds of thousands of dollars to causes, political candidates, and organizations such as IMPACT, Equality Illinois, Horizons Community Services, Center on Halsted, AIDS Foundation of Chicago, Open Hand Chicago, Lesbian Community Cancer Project, Lambda Legal Defense and Education Fund, Howard Brown Health Center, About Face Theatre and Gerber/Hart Library.

Besides financial generosity, Schaffer has volunteered time and wisdom to countless individuals as well as to many of the organizations already mentioned. She was the first woman invited to join the IMPACT political action committee and was one of the founders of Outlines, which evolved into today’s Windy City Times. In 1995 she received Horizons Community Services’ Human First Award in recognition of her contributions.

As a veterinary doctor, Schaffer is internationally renowned as the foremost expert on rhinoceroses and reproduction. During more than two decades, she has published numerous articles in academic journals and has lectured around the world on dwindling rhinoceros and other mammalian populations and how to preserve them through reproductive management. To protect rhinoceroses and advance research on them, she has formed a nonprofit international foundation, SOS Rhino, headquartered in Chicago.

When asked during one interview, “Why are you so dedicated to your work for rhinos?” Schaffer answered: “One of the great tragedies of the 21st century will be humanity’s homogeneity. Everywhere, everything will be the same. That which we could not tame or imitate will be gone. No matter how hard we try, we cannot ‘build’ nature. We can build another bridge, paint another picture, but we cannot make another rhino. Look into a really wild animal’s eyes. When the wild things have gone, we will lose our place, our way; for whose eyes will we look into to find our humility, our humanity?” (Please note: this information has not been updated since the time of the member’s induction).