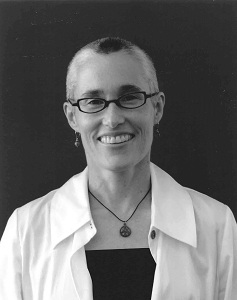 Described by the Windy City Times as “one of the country’s leading civil rights attorneys,” Heather C. Sawyer, has been recognized for her work on behalf of Chicago’s LGBT communities by the ACLU of Illinois, the AIDS Foundation of Chicago, the AIDS Legal Council of Chicago, The NAMES Project Foundation, and the Howard Brown Health Center.

In the early 1990s, Sawyer defended a Chicago man’s right to work for the Boy Scouts of America and won a favorable ruling from the Chicago Commission on Human Relations. In 1996, Sawyer joined the Chicago office of Lambda Legal Defense and Education Fund, the nation’s largest and oldest legal organization dedicated to achieving full civil rights for the LGBT community. Sawyer eventually served as senior counsel for the organization.

During her decade at Lambda, Sawyer contributed to a wide range of cases crucial to LGBT people. She spearheaded the organization’s HIV/AIDS work and the rights of HIV-positive individuals in the Midwest. Sawyer also helped direct Lambda’s groundbreaking work on behalf of LGBT students and youth and the right to be free of bullying in school, to form gay-affirming student organizations, and to have access to accurate information about sexual orientation.

In addition, Sawyer won protection for transgender Chicagoans under the city’s human rights laws and battled for legal recognition of gay and lesbian parent-child relationships in courts throughout the region. Sawyer also helped lay the groundwork for Lambda’s successful effort to achieve marriage equality in Iowa as well as the case that is currently pending in Illinois.

Since leaving Chicago and relocating to Washington, D.C., in 2005, Sawyer has continued to work tirelessly on behalf of LGBT Americans on the national stage. As minority counsel for the House Judiciary Committee, Sawyer is lead counsel on the Respect for Marriage Act, the bill to repeal the Defense of Marriage Act (DOMA) and to ensure federal respect for the state marriages of gay and lesbian couples. Sawyer also wrote an amicus brief, submitted on behalf of 132 members of Congress in cases brought by married gay and lesbian couples who are challenging the constitutionality of DOMA in the courts. The brief explains why many members believe that DOMA should be struck down. Sawyer was also lead committee counsel on the ADA Amendments Act of 2008 and the Lilly Ledbetter Fair Pay Act of 2009. (Note: information listed has not been updated since the member’s induction).