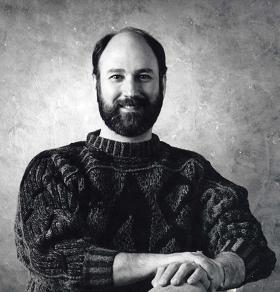 For more than 20 years, he has been an organizer of gay and lesbian Jewish activities and of the Jewish AIDS programs in Chicago and internationally as part of his membership in Chicago’s Congregation Or Chadash. Norman Sandfield co-founded the Jewish AIDS Network–Chicago and has worked on interfaith relations.

In 1978, Sandfield joined Congregation Or Chadash, which has served Chicago’s gay and lesbian Jews since 1975. Since 1979, Sandfield has been a continuous member of the congregation’s steering committee. In addition, he has chaired several congregation committees and completed one term as treasurer and three as president.

Sandfield was a 1993 co-founder of the Jewish AIDS Network–Chicago and currently co-chaired the group, which offered Jewish services and referrals to persons affected by HIV disease and AIDS. He has also been active in other Jewish AIDS work and was vice president of the Howard Brown Memorial Clinic’s fundraising Brown Society in 1985–86. In 1996, Sandfield organized and co-chaired the first International Jewish AIDS Network Conference in Washington, D.C., bringing together Jewish AIDS workers from four countries during a display of the AIDS Memorial Quilt.

Sandfield was a delegate from the World Congress of Gay and Lesbian Jewish Organizations to the Lesbian/Gay Interfaith Alliance, and in 1991 he organized the alliance’s national Presidents’ Conference in Chicago, which brought together leaders from most of the two dozen American gay and lesbian religious groups.

Whether in leadership or behind the scenes in fundraising or advisory roles, throughout his activist career Sandfield worked to support relations between Jews and persons of other religions in Chicago’s gay and lesbian communities, to foster those communities’ growth and welfare, to strengthen Congregation Or Chadash as a center for gay and lesbian Jews in Chicago, and to maintain liaison with the larger Jewish community. (Please note: this information has not been updated since the time of the member’s induction).