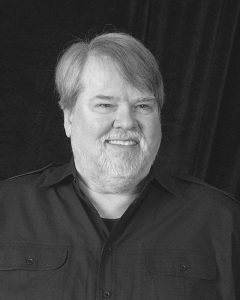 For four decades, Chuck Rodocker, has been a stalwart in Chicago’s gay communities. His activist involvement began in 1972, when he marched in protest against the bigotry of Anita Bryant as well as ongoing anti-LGBT harassment by members of the Chicago Police Department. In 1977, he opened the bar Touché, which has been a place of community ever since, hosting benefits and meetings and responding to a variety of social needs.

A former bartender at Sunday’s, in 1977 Rodocker assumed ownership of Touché on Lincoln Avenue in the Lakeview neighborhood. As a leather bar, Touché soon became a prime spot for hosting community benefits and meetings as well as for fulfilling the needs of an emerging community. Rodocker was a founding member of the Tavern Guild of Chicago and its Rodde Fund (forerunner of the Center on Halsted). In 1990, Touché won the Good Neighbor award from the Lincoln-Belmont-Ashland Chamber of Commerce. The following year, the bar was destroyed by fire and was relocated to Clark Street north of Devon Avenue.

Rodocker has been a supporter of numerous leather/Levi organizations for more than 30 years. He was an original and ongoing sponsor of the International Mr. Leather contest, and a sponsor of the Mr. Chicago Leather Contest and the Mr. Midwest Rubber Contest. He has hosted bus and El tours during major leather events in Chicago and is an active supporter of the Leather Archives and Museum.

Rodocker also sponsored one of the city’s first gay softball teams, which led to formation of the Gay Athletic Association (now known as the Chicago Metropolitan Sports Association). The Windy City Athletic Association, the Lincoln Park Lagooners, and the Gay Games have also benefited from his support.

Envisioning more for his community, Rodocker sponsored such social and cultural organizations as the Gay Pride Band, the Chicago Gay Men’s Chorus, the Illinois Gay Rodeo Association, and several local theater companies. In the 1970s, Rodocker aided efforts to curb the spread of STDs by supporting Howard Brown Memorial Clinic, and, when AIDS struck, Rodocker was there, supporting organizations such as the Reimer Foundation, Stop AIDS Chicago, the Howard Brown Health Center, Test Positive Aware Network, BeHIV, Open Hand, and the AIDS Foundation of Chicago.

In addition to financial support, Rodocker has permitted groups to meet at his bar, solicit donations there, and post notices. He has provided volunteers and has regularly supported groups by buying ads in programs or sponsoring events through donations of beverages, services, or printing costs.

As a businessman, Rodocker has been at the forefront of LGBT community development and activism with his consistent service and behind-the-scenes support. (Note: information listed has not been updated since the member’s induction).