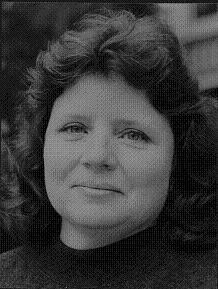 As a successful businesswomen, fund-raiser, and activist, Linda S. Rodgers combined her business acumen and community consciousness to promote projects and political actions in support of lesbian and gay human rights and community needs. She was a promoter, organizer, service provider and role model playing an integral part in the emergence of lesbian visibility, presence and participation within Chicago’s gay and lesbian community for many years. She personifies the ideal of a strong, competent woman who chooses to combine successful business accomplishments with the nurturing aspects inherent to supporting individuals and organizations.

During the late 1970s and throughout the 1980s, while lesbians were striving to create their own identities and a distinct presence in the male-oriented Chicago gay community, Rodgers emerged as a leader. She founded Merely Players in 1976; this women’s theater company and produced the lesbian-themed play, “Great Nebula” that same year. Four years later, Rodgers co-founded Keephers, a women’s production company that produced and presented a variety of entertainment events geared towards Chicago’s lesbian population.

In 1984, she opened Paris Dance, a bar and restaurant on the city’s North Side. Rodgers’ business became a popular location for entertainment and social interaction, as well as a safe-space where lesbians and other women could meet to discuss issues of importance, call for action, strategize, and raise funds to support the causes in which they were involved.

Paris Dance served as the locale for numerous political forums and benefits, including one during the 1990 mayoral election, and they have involved such notably pro-community candidates as Helen Shiller, Luis Gutierrez, Ron Sable, Dawn Clark Netsch and Carol Moseley Braun. Additionally, Rodgers’ business hosted the first three Women’s Brunches for IMPACT, Chicago’s first gay and lesbian political action committee. She has also helped to raise funds for Sarah’s Circle, a drop-in center and shelter for homeless women in Uptown, and for the Lesbian Community Cancer Project.

Rodgers has been mindful of the concerns and issues that face gay men, as well as lesbians, in our community. Empowering herself as a lesbian and encouraging other women to do the same has brought knowledgeable, competent women into partnership with the gay men of the community.

Rodgers organizational involvement, whether as an individual or as a business sponsor, has also included: the Chicago Women’s AIDS Project, Pink Angels, Illinois Gay and Lesbian Task Force, Human Rights Campaign Fund, Test Positive Aware Network, Open Hand Chicago, Chicago House, the Literary Exchange, Footsteps Theater Company, Metropolitan Sports Association, Women’s Sports Association, and Gerber-Hart Library and Archives. She was a founding member of Mayor Harold Washington’s Committee on Gay/Lesbian Issues. In 1988, Rodgers’ community service was recognized by the Independent Voters of Illinois and Independent Voters of Illinois Glynn Sudbery Award and in 1992, she was inducted into the Gay Chicago Magazine Awards Hall of Fame. She has also been included in Who’s Who of Women Executives as a prominent employer of lesbians. (Please note: this information has not been updated since the time of the member’s induction).