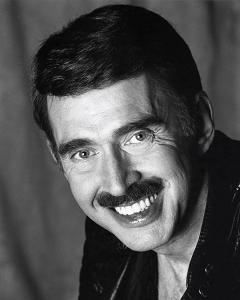 A true pioneer in Chicago’s gay and lesbian community, Chuck Renslow opened Kris Studio in 1954 and began publishing a variety of male physique magazines; he is considered one of the “old masters” of gay male photography in the United States.

In the early 1960s he opened the Gold Coast, one of the first openly gay businesses in Chicago and one of the first leather bars in the world. He also published ‘GayLife’, financially aided many gay rights efforts of the 1960s, 1970s, and 1980s, and has been active in city, state, and national Democratic Party politics. He co-founded International Mr. Leather contest and set up the Leather Museum and Archives.

International Mr. Leather, Inc.™ is an annual celebration and is recognized as the premier gathering of leather people in the world; it has been estimated to now have an $10 million impact on Chicago tourism.

Renslow’s activism and commitment have not been limited to leather. From the early days of his visible presence as a gay businessman, he understood his responsibilities to the larger gay and lesbian population. Renslow has been in the forefront of the political movement toward equal treatment and equal rights. In addition to actively organizing many of Chicago’s most recognizable gay and lesbian institutions, he has served as a board member of numerous organizations on the local, national, and international levels. Renslow’s involvement has helped to spotlight Chicago and to dispel the myth that all gay life takes place on either the East or West Coast.

As the publisher of GayLife, Renslow established a credible voice for Chicago’s gay and lesbian community. Combining years of involvement in city and state politics with the then emerging gay and lesbian political presence, he laid much of the groundwork for the community’s later achievements in civil rights and equal treatment. Renslow was instrumental in the attainment of numerous milestones, including the initial introduction of a Chicago gay and lesbian civil rights ordinance and the initial executive order banning discrimination in Chicago city government, as issued by Mayor Jane Byrne.

A man of spirituality and belief, he quietly supports the gay and lesbian community and other communities with financial assistance. He is often listed in various program books as Sponsor, Patron, Contributor, or Friend, and his financial and service commitments include most civil rights, environmental and health related causes in the United States, stretching far beyond the confines of the gay and lesbian community.

He has long been active in Chicago’s Democratic Party, serving as a precinct captain for eight years in the 43rd Ward, as a candidate for delegate to the 1980 Democratic National Convention, and within the 46th and 48th Ward Democratic Organizations. Please note: this information has not been updated since the time of the member’s induction. Mr. Renslow passed away in June 2018.