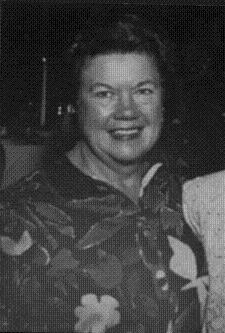 A consistent advocate for gay and lesbian rights both in civil society and in her church as a Roman Catholic. Mary D. Powers was recognized as a “Friend of the Community” for her 30 years of commitment in addressing abusive police behavior. She earned the respect of Chicago’s lesbian, gay and bisexual community for her tireless dedication in advocating for civil rights, an end to discrimination, bigotry and police abuse and harassment.

Her initial experience with the lesbian and gay community evolved out of her employment at Western Electric from 1946 to 1950. As a counselor, she often encountered gay and lesbian employees who lived in constant fear of loosing their jobs if their sexuality became known. With sensitivity and understanding, employees developed a trust in Mary Powers that allowed them to discuss candidly their fears and concerns in the work place and the larger community.

In 1969, as Vice President of the Alliance to End Repression, Mary Powers supported the formation of an organization to advocate for gay and lesbian rights. This initial organization eventually became the Illinois Gay and Lesbian Task Force.

As a board member of Citizens Alert, a group formed to combat police abuse and to advocate for reform of Chicago Police Department policies and procedures, she joined community leaders in advocating for formal training of Chicago police officers on gay and lesbian issues, the development of training materials and over time, increased sensitivity of command personnel.

For years, she was a highly visible advocate for police reform and professionalism, advocating for the responsible treatment and needs of all communities in Chicago. Mary Powers continued to be an active member and leader in numerous organizations that are active in supporting gay, lesbian and bisexual civil rights until her passing on June 25, 2008.