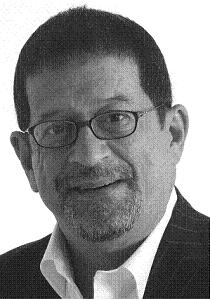 A Chicago native, Laird Petersen contributed years of service to Chicago’s LGBT community and raised more than $12 million for LGBT community-based organizations. He joined the board of what was then called Gay Horizons (now the Center on Halsted) in 1981 after volunteering for a couple of years raising funds at special events. He served until 1987 but continued to raise funds for Horizons until 1992, when he was asked to join the staff as Director of Development, Public Communications, and Marketing. Under his leadership, Horizons’ finances and staff grew exponentially from a deficit of $190,000 to a $1.2 million budget, while the development staff grew threefold.

Concurrently, through enrollment in the National Institutes of Health’s Multicenter AIDS Cohort Study, he learned in the early 1980s of his HIV infection. He joined the Chicago HIV Prevention Planning Group (HPPG) in 1993, and served in many leadership capacities through 1999, when once again he was asked to become a staff member in the Chicago Department of Public Health’s STD/HIV/AIDS Public Policy and Programs Division. Soon after, he became the HPPG program director, advocating and mentoring dozens of community members to become stewards for the city’s HIV prevention grantmaking program.

In 1997, Petersen joined the staff of the Illinois Federation for Human Rights (now Equality Illinois). He also served in the Illinois HIV Prevention Community Planning Group, the Urban Coalition for HIV/AIDS Prevention Services, and a Chicago community standards review panel; was a member of the 2006 Chicagoland World AIDS Day Steering Committee; and co-chaired the Chicago Forum on HIV and Aging.

He became Director of Prevention Services at the AIDS Foundation of Chicago in 2003. There, he organized meetings and training sessions for groups from 15 to 1,500 persons, as well as conceiving and producing three HIV prevention conferences. He was chief of staff to State Rep. Larry McKeon and managed the district office. He also volunteered in numerous community organizations over the years. Mr. Petersen died after a series of infections on Oct. 6, 2010, in Richmond, Va.; he was 53.