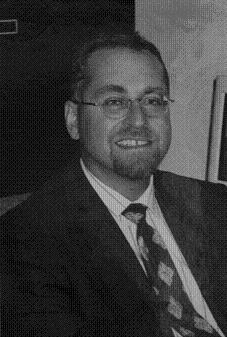 A bold, innovative leader in addressing critical issues of gay men’s health for more than two decades, David Ostrow was a co-founder of Howard Brown Health Center, inspired and helped lead major national HIV/AIDS studies, and is an award-winning writer and teacher in psychiatry, biochemistry, and epidemiology.

In 1974, Ostrow helped to found what is now Howard Brown Health Center as a place to provide confidential and high-quality testing and treatment of sexually transmitted diseases for gay men. Following Ostrow’s leadership, the Center evolved to become the Midwest’s leading private provider of HIV/AIDS services and the largest gay, lesbian, and bisexual health center in the region.

From the onset of the AIDS crisis, Ostrow was at the forefront of research. At his suggestion, the National Institutes of Health started the Multicenter AIDS Cohort Study (MACS), the largest and longest-running HIV/AIDS study in the world. It examines the clinical progression of HIV through blood samples of thousands of HIV-positive gay men across the country. MACS data have produced more than 500 scientific and theoretical papers in major journals and at international conferences, and they have helped to establish viral load as a better predictor of HIV clinical outcome than T-cell levels.

With colleagues at the University of Michigan, Ostrow later established the National Institutes of Mental Health–sponsored “Coping and Change Study” (CCS), which examined the behavior and mental adaptations of Chicago MACS participants over the past 14 years and has itself generated more than 50 scientific papers and presentations.

Ostrow was honored for his HIV/AIDS research with more than a dozen awards, including the 1995 Achievement Award from the National Lesbian and Gay Health Association. He wrote many books on various issues concerning sexually transmitted diseases and HIV/AIDS. He wrote or contributed to nearly 300 articles and abstracts in almost every American medical and psychiatric journal and made presentations at international AIDS conferences.

He was the principal investigator of Howard Brown Health Center’s Awareness Intervention for Men study, which was designed to help gay and bisexual men to become more aware of personal triggers for unsafe sex and to provide them with means of maintaining safer sex practices. More than 50% of the study’s participants are from communities of color, where the epidemic’s spread is most rapid.

Ostrow was acting director for STOP AIDS Chicago; coordinator of gay, lesbian, and HIV psychiatry at Illinois Masonic Medical Center; professor of epidemiology and biostatistics at the University of Illinois School of Public Health; and director of prevention research at Howard Brown Health Center. He served on the editorial boards of eight publications, including the Journal of the Gay and Lesbian Medical Association, and is coeditor of the “AIDS Prevention and Mental Health” book series. He also taught at Northwestern University, the University of Michigan, and the Medical College of Wisconsin. Ostrow held three University of Chicago degrees: S.B. in biochemistry with honors (1969), Ph.D. in biochemistry (1974), and M.D. with honors (1975).