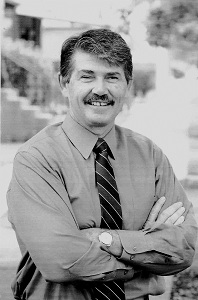 FRIEND OF THE COMMUNITY | Inducted 2012

For nearly 40 years, David Orr‘s outspoken support support of the LGBT community has been unwavering. As a campaign manager in 1974 and beginning in 1978 as 49th Ward alderman, he backed a city ban on anti-LGBT discrimination. As Cook County clerk, he has helped set up a county domestic-partnership registry, pass the state civil-unions law, win the current marriage suit, and oppose DOMA.

Serving on the City Council as alderman of the 49th Ward beginning in 1979 during the Washington administration, he was among the politicians who were willing to broaden access to City Hall beyond those affiliated with the dominant political faction. He was also among the first Chicago public officials to speak out in support of LGBT equal rights.

In more recent years, his support of the Cook County domestic-partnership registry and then the new Illinois civil-unions law continued to go beyond what was required of him as Cook County clerk. He has actively supported the registry, civil unions, and the goal of marriage equality by compiling and publishing statistics indicating widespread support for equal marriage rights.

He has also testified at a congressional field forum in favor of repealing the anti-gay federal Defense of Marriage Act and of full marriage equality at state and federal levels. At that hearing, he said: “I have no doubt that these couples, eager for legal recognition, want full rights and the opportunity to marry. I feel very strongly that by denying them marriage licenses, my staff continues to be in the terrible position of enforcing government-sanctioned discrimination. We are being forced to shortchange our friends, neighbors, and family members. It is, quite simply, time for that to end.”

Most recently, working with Cook County State’s Attorney Anita Alvarez, he has declined to support discriminatory state marriage law in the context of a pending lawsuit challenging its constitutionality, advising the court that he agrees with the plaintiffs’ objectives. In a news release, he said: “Marriage equality is long overdue in Illinois. I support it in no uncertain terms.”

With his steadfast advocacy for equal LGBT rights, Cook County Clerk David Orr has earned his designation as Friend of the Community. (Note: information listed has not been updated since the member’s induction).