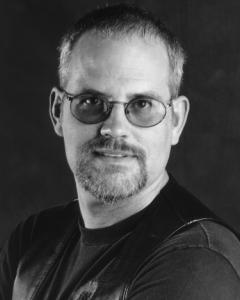 Dean Ogren is an exemplar volunteer who has tirelessly shared his talents with many organizations, including the NAMES Project, Open Hand Chicago, AIDS Walk Chicago, Habitat for Humanity, Special Olympics, United Way, International Mr. Leather, and State Rep. Larry McKeon’s historic 1996 electoral campaign. He puts in more volunteer hours in a year than many do in a lifetime.

Had Ogren confined himself to working with one organization, he would surely have received every accolade, every award, every appreciation which that lucky group could give. Instead, he tirelessly shares his talents with many diverse organizations, laboring with love on behalf of the NAMES Project, Open Hand Chicago, AIDS Walk Chicago, Habitat for Humanity, Special Olympics, United Way, International Mr. Leather, and state Representative Larry McKeon’s historic 1996 electoral campaign, among many others.

Ogren’s contributions to Chicago’s gay and lesbian communities are the stuff of which legends are made. As he continually shows, one person can make a difference. An out and proud gay man, he makes all aspects of his life into a favorable reflection of his community membership.

He is an articulate spokesperson and has been a media contact for both the NAMES Project and AIDS Walk Chicago. His annual post-holiday party has raised funds for the NAMES Project and for Open Hand Chicago’s Grocery Centers. In recognition of Ogren’s outstanding volunteerism, his employer, Helene Curtis Industries, Inc., nominated him in 1996 for one of the American Institute for Public Service’s local Jefferson Awards sponsored by WMAQ-TV. And, as a leather man, Ogren is an integral part of one of Chicago’s top 10 conventions: International Mr. Leather, the largest and oldest gathering of leather folk.

Ogren takes his social and political responsibilities seriously, putting time and money where his beliefs are. He has reviewed grant proposals submitted to the Chicago Department of Public Health, which is a time-consuming, unglamorous volunteer effort, yet one that is vital to funding of community organizations. He walked his precinct to speak, one on one, his support of McKeon’s candidacy. (Please note: this information has not been updated since the time of the member’s induction).