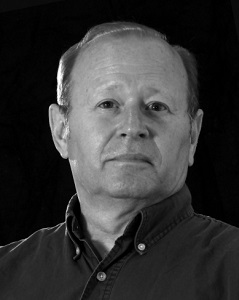 Lee A. Newell II played critical roles in maintaining Chicago’s LGBT social- service organizational infrastructure from the mid-1970s to the mid-1980s. He was also active in broader community organizations, and he became a photo documentarian of Chicago LGBT life for almost 10 years. He led the financial revival and growth of Gay Horizons (an early precursor of today’s Center on Halsted); documented local events, assembling what is now a Chicago History Museum collection of some 5,000 photos; led the city’s first LGBT PAC; and was an officer in neighborhood groups.

One year after moving here in 1975, Newell volunteered as a help-line operator at Gay Horizons (the forerunner of today’s Center on Halsted). Two weeks later he was elected chairperson and learned at the first board meeting that the group was several thousand dollars in debt—and that the only fundraising planned would be a raffle, in cooperation with Rogers Park Gay Center, offering a car as a prize but relying on ticket sales to buy the car!

He then met with community leaders, bar owners, and other organizations, soliciting funds. With the help of the rest of the board, all the debts were paid within two months. A week later, there was a fire in an electrical distribution closet. The switchboard worked by candlelight for another week, and then Gay Horizons had to find new quarters. Again, Newell took the lead in fund raising. After two months, the group was able to move into an Oakdale Avenue basement office. Later, Newell became the first Horizons chairperson to have served an entire term.

He continued his Horizons association for nearly 10 more years, including service as delegate to the Gay and Lesbian Coalition of Metropolitan Chicago, switchboard co-director, public-relations committee chairperson, and (for six years) a peer counselor.

In 1985, having worked with photographer Jack Sitar at GayLife newspaper, he was hired as a freelancer to be the first photographer for the new Windy City Times. He took nightlife and news photos and wrote stories for the next two years. From 1989 to 1994, he was the Chicago news and nightlife photographer for Michigan’s Metra magazine.

In 1986, Newell served as the last president of OPEN (Organization for Political Equality Now), Chicago’s first LGBT political action committee. Later, he was active on zoning issues in the Lake View Citizens’ Council and the Triangle Neighbors Association, helping to pass an anti–high-rise zoning measure. He moved away from Chicago in 2001. (Note: information listed has not been updated since the member’s induction).