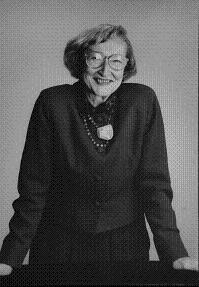 In her roles as an attorney, educator, author, state legislator, advocate for civil rights, state comptroller, and 1994 Democratic gubernatorial candidate, Dawn Clark Netsch has built a reputation for outstanding public service to the people of Chicago and Illinois, and, in particular, to gay and lesbian Illinoisans for which she was selected as a “Friend of the Community”.

From her years as a student and professor at Northwestern University to her distinguished career in politics, she has remained devoted to the ideals that first led her into public service. Her influence has been felt in matters of public education, state fiscal issues, and human rights. Netsch has long been a staunch ally of the gay and lesbian community. She was the first Illinois political candidate to proudly display an endorsement by a gay and lesbian organization on her general campaign literature. In 1974, Glynn Sudbery, an openly gay man, served as her campaign manager. John Chester, a veteran Chicago gay activist and Hall of Fame inductee, has been a Netsch campaign adviser.

During the 1970s and 1980s, as a state legislator, Netsch was among the first and most consistent sponsors of equal rights legislation for lesbians and gay men. She arranged numerous meetings with other legislators, opening doors for lesbian and gay lobbyists. When HIV/AIDS struck, Netsch learned about the disease and its politics firsthand,from Sudbery and through the residents of Chicago House, whom she visited from time to time and when she was not running for office. She set up and participated in meetings with the Illinois Departments of Public Health and Public Aid, seeking funding for community-based HIV/AIDS service providers through administrative channels. When that effort fell short, Netsch sponsored legislation in the Illinois Senate to provide such funding.

In her 1994 gubernatorial campaign, Netsch sought and received an outpouring of heartfelt support from many thousands of gay and lesbian voters.