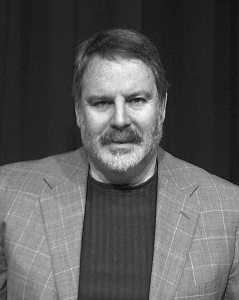 Edward Mogul, 68, lawyer, teacher, and president of the Illinois Academy of Criminology, for LGBT advocacy and for legal and financial help to LGBT groups over more than 40 years. As a lawyer, Mogul has been generous in the use of his talents. He was the first attorney for Horizons Community Services (the precursor of today’s Center on Halsted) and for the Howard Brown Memorial Clinic (the precursor of today’s Howard Brown Health Center). Both organizations have recognized him for his contributions. He was an original member of the late State’s Attorney Cecil Partee’s pioneering gay and lesbian advisory council. He represents or has represented many gay-owned businesses in Chicago and elsewhere. He is a board member and legal counsel for Chicago’s Leather Archives & Museum.

He is president and a past president of the Illinois Academy of Criminology, a distinguished organization that he has helped to revive and sustain. After he proposed to the Illinois Supreme Court’s Special Committee on Capital Litigation that Illinois adopt a new rule for the conduct of prosecutors based on the American Bar Association standard that the duty of a prosecutor is to seek justice, not merely to convict, the court adopted the proposal, which became law in March 2001.

Mogul was one of two original co-trustees of Chicago’s Unicorn Foundation. Created upon the death of local businessman John Baran, it distributed more than $4 million to LGBT and AIDS-related charities in Chicago. Organizations such as Chicago House, AIDS Care, Horizons, Howard Brown, and Northwestern University’s Feinberg School of Medicine received grants from the foundation. At a pivotal moment, through Mogul’s assistance, a significant gift was provided for the creation of Center on Halsted.

For more than 40 years, Mogul taught at the City Colleges of Chicago, retiring as a professor of humanities. He also taught criminal justice there. He successfully advocated for a program, Scholars at Wright, to teach the Great Books to William Wright College students and community members. For countless students he served as a mentor, teacher, and role model, and he was named a distinguished professor in 2011. He received a B.A. degree from Yale College in 1966, a J.D. degree from the University of Illinois in 1969, and an M.L.A. degree in humanities and philosophy from the University of Chicago in 2010. (Note: information listed has not been updated since the member’s induction).