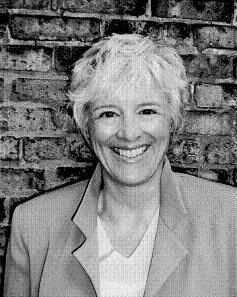 Since the 1970s, Jill Metz has served Chicago’s LGBT community through her law practice, civic activities, and personal commitment. For nearly three decades she has worked in developing domestic relations law for same-sex couples, producing LGBT arts events, lobbying for human rights, and serving the American Civil Liberties Union of Illinois, of which she is was board president. Metz formed her own practice in 1978 while working part-time for the Uptown People’s Law Center.

Through work with lesbian divorce and custody cases, Metz helped to develop precedent that is the law today: Custody of one’s child may not be denied because of a parent’s sexual orientation. She appealed and won Illinois’ first case establishing lesbian or gay parents’ rights to unrestricted visitation with their children, even while living with a same-sex partner. In response to marriage inequality, she has adapted estate-planning documents, including partnership agreements, to ensure legal security for same-sex families. Co-parent adoptions are a routine part of her practice.

She began her volunteerism at Gay Horizons’ free legal clinic in 1978. Once a week, she staffed its drop-in legal center and call-in telephone lines. After serving on the Andersonville Chamber of Commerce board for eight years, Metz became board president and organized a Clark Street streetscape project. She helped to found the Andersonville Development Corporation and served as its board president for two years. The Chicago City Council appointed her a member of Special Service Area No. 26, the Broadway Commercial District Commission, and she served as its treasurer.

Metz was a founder of Tortoiseshell Productions, which produced lesbian music concerts in Chicago from 1981 to 1983, and of Footsteps Theater Company, which in the 1980s produced Jane Chambers’ “Last Summer at Bluefish Cove” in a sold-out 12-week run.

Since 1996, Metz has been involved with the American Civil Liberties Union of Illinois. She has served on its board since 1998, chaired its development committee, and is currently the board president. She has served as an ACLU cooperating attorney for LGBT litigation and co-chaired the ACLU fund-raising concert event “Girls on Top” from 1996 to 2001. In addition, she has volunteered countless hours and financial support to LGBT organizations.

Other activities have included work in helping to add sexual-orientation and gender-identity protections to the Illinois Human Rights Act, membership on the Chicago Bar Association’s committee on LGBT issues, and volunteerism in the Fair Illinois coalition that worked to remove a discriminatory marriage referendum from the November 2006 ballot. (Note: information listed has not been updated since the member’s induction).