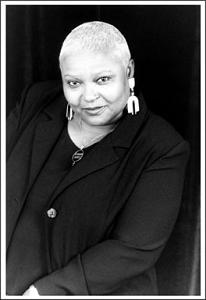 Pat McCombs is a veteran Chicago lesbian organizer, anti-discrimination activist, social service volunteer, special-education teacher, and catalyst for the growth and maturity of Chicago’s gay and lesbian community. She has assisted the Michigan Womyn’s Music festival for decades and has helped to lead several lesbian and African American organizations. She is best known for her joint venture with Vera Washington in forming Executive Sweet, a “traveling club” for women of color that sends its newsletter to a mailing list of 1,500.

In the early 1970s, McCombs and friends with the same zodiac sign started a home party group, the Aquarius Air Connection, as a social alternative to bars. Later, she joined with a gay man and another woman in “Quality Is . . . ,” a South Side group that produced three large parties a year. Executive Sweet began as a lesbian-only club in 1982, originally staging weekly parties, now several major events a year—cruises, trips, hotel dances, or bar parties.

Executive Sweet was originally her “inward crusade” as a place where professional and working women of color could socialize and network in safety. “White bars didn’t play the music we liked, and most professional women wouldn’t go to the few South Side bars (mostly male) that admitted lesbians,” says McCombs. “We used to put on our business clothes, drive around on Saturday or Sunday afternoons looking for a bar, maybe not doing too well, go in with our portfolio and references, and make a deal for holding a party. We looked for a place that was safe, accessible to transportation and parking, and most importantly—straight, white, or gay—that they were socially conscious about how to treat women of color as well as respect our lifestyle.”

Executive Sweet has also provided opportunities at its events for cultural displays by artists, craftspeople, publishers, writers, and entertainers. For 23 years, McCombs has helped to stage the annual Michigan Womyn’s Music Festival. In recent years, she has coordinated its workshops as well as various activities for participating women of color.

Earlier in her activist career, McCombs wrote under the name Titilayo (Yoruba for “everlasting joy”) in the pioneer Chicago lesbian newspaper Lavender Woman, which was founded in 1972. On learning during the 1970s that, in contrast to identification demands made of white customers, her friends of color were double- or triple-carded or even denied access at some North Side bars, McCombs organized an ad hoc group that sent testers to the bars, then picketed those found to be discriminating and filed complaints against them with official agencies. It was an important phase in the history of struggles to combat racism within sexual-minority communities.

McCombs has been on the steering committee of Chicago Black Lesbians and Gays for three years, vice president and a board member of Chicago Black Pride for two years, and a volunteer at the Lesbian Community Cancer Project, Mountain Moving Coffeehouse for Womyn and Children, Affinity, and Women of All Colors and Cultures Together. In the 1980s, she was a hotline volunteer for the Lesbian Community Center. In 1999, she and Executive Sweet were honored by the Chicago Area Gay and Lesbian Chamber of Commerce with a historic achievement award. (Please note: this information has not been updated since the time of the member’s induction).