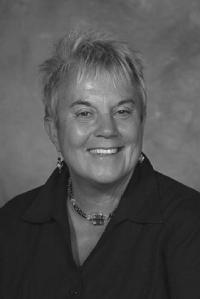 For more than two decades, Amy Maggio, has been a leader in Chicago’s HIV/AIDS and LGBT communities. Her work with the AIDS Foundation of Chicago, STOP AIDS/Chicago, the National Leadership Coalition on AIDS, Chicago’s HIV/AIDS Prevention and Planning Council, as IMPACT board chair, and as a Test Positive Aware Network board member has established her as a well-recognized figure. In 2005 alone, she co-chaired the Equality Illinois gala, About Face Theatre’s Wonka Ball, and Lambda Legal’s “Into the Woods” benefit.

In her various affiliations with LGBT political and community groups and HIV/AIDS service organizations, she has consistently displayed an ability to mobilize community support through increasing donor and volunteer involvement. She has also been instrumental in raising millions of dollars over the years for LGBT and HIV/AIDS organizations.

As a marketing, public relations, and development professional in a variety of positions in the field of health care, Maggio has worked in both for-profit and nonprofit sectors. Notably, she worked closely with several large corporations to develop and expand their clinical HIV/AIDS products. She has also devoted a substantial portion of her career to developing HIV/AIDS programs and national protocols for service delivery. As a member of the National Leadership Coalition on AIDS, she provided assistance, training support, and “AIDS in the Workplace” programs throughout the United States.

In the early 1990s, Maggio chaired Chicago’s HIV/AIDS Prevention and Planning Council and served on the steering committee for the Centers for Disease Control and Prevention’s national HIV/AIDS Prevention Marketing Initiative. She served as the director of development and acting executive director for the AIDS Foundation of Chicago from 1987 to 1992 and as executive director for STOP AIDS/Chicago from 1992 to 1996. Recently, she has been a national trainer for HIV/AIDS service organizations through the National Minority AIDS Council.

Maggio brings passion, commitment, and creativity to her health-care practice and community service. Many members of Chicago’s LGBT communities have been touched in some way by the organizations she has helped to build, strengthen, and sustain. (Note: information listed has not been updated since the member’s induction).