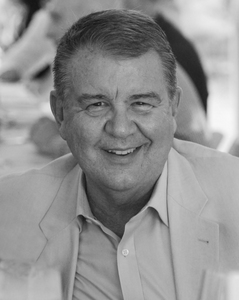 Dr. Thomas Klein has a long history of representing and advancing the well-being of Chicago’s LGBT community through his medical practice. After moving to Chicago in 1978, Klein began a family practice residency at St. Joseph Hospital. In 1979 Klein became one of the very few openly gay physicians at Howard Brown Memorial Clinic where he treated many gay men for STDs. In 1982 one of Dr. Klein’s patients was admitted to the hospital with a pneumonia that didn’t respond to customary medical treatment. The patient was the second reported AIDS case in Chicago.

Klein’s organizational affiliations are numerous. He was a Board member at Howard Brown Memorial Clinic, contributing significantly to the effectiveness of the organization at an early pivotal time. He was a co-founder of the AIDS unit at St. Joseph Hospital as well as a member of the AIDS Research Alliance of Chicago. He was a board member the Unicorn Foundation, which sought research funding for a relief and a cure, and he also contributed to the success of the Test Positive Aware Network. Klein served as a Board member of Horizons Community Services and was a founding Board member of the John Baran Fund which distributed millions in AIDS prevention dollars, helping to support various Chicago LGBT organizations.

Klein was and continues to be an active member of the Gay and Lesbian American Medical Association and currently serves as a Board member of Heartland Health Outreach. Though the worst of the epidemic has passed, Dr. Thomas Klein’s legacy of service to the community continues. (Note: information listed has not been updated since the member’s induction).