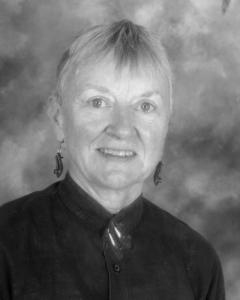 FRIEND OF THE COMMUNITY | Inducted 1998

Having begun a ceaseless career as a volunteer for lesbian, gay, and AIDS causes after learning that her daughter was a lesbian. This has been in addition to her ongoing volunteerism in non-gay church, cultural, health, and environmental activities. Dorothy Klefstad is truly a “Friend of the Community”.

For the greater part of her younger life, she was a wife and mother living a conventional lifestyle. After their daughter, Sue, came out to Klefstad and her late husband, Stan, and presented them with a new daughter-in-law, they kept open minds and learned more about Sue’s orientation and its implications. They also learned more about the challenges their daughter faced from homophobia.

A sensitive person who always tried to make things better for people, Klefstad launched a career as a volunteer for lesbian and gay causes. She shares her love with her non-gay son and his family but recognizes that the lesbian and gay community needs allies to work for change.

It was not until 10 years ago that Klefstad discovered People Like Us Books, gay newspapers, Parents and Friends of Lesbians and Gays, and Lutherans Concerned/Chicago, in that order. In Lutherans Concerned, which advocates for gay and lesbian church members, she has served as chapter secretary (now an office awarded her “for life”).

Klefstad could be dubbed a perpetual volunteer. Here are some ways she expends her energy:
–At Holy Trinity Lutheran Church, as an active member;
–At Open Hand Chicago, as a food and hug deliverer;
–At Bonaventure House, as a companion to residents;
–At AIDS Walk Chicago, as a pre-walk volunteer, funds solicitor, and office worker since 1991;
–At the Night Ministry, which in 1997 presented her with its first Volunteer of the Year Award and where she has served for seven years distributing coffee, cookies, condoms, and conversation to street people of all types;
–For the NAMES Project’s AIDS Memorial Quilt, about which she said, “I have created nine too many panels; I would rather not have had to make any,” and for which she served as Quilt monitor in Washington and Chicago and helped with fundraising;
–For Earthwatch, with which she served on nine expeditions in various scientific disciplines worldwide;
–For Horizons Community Services, where she has just started a career as a volunteer fundraiser;
–As a pledge phone person for public radio and public television;
–As a “pink lady” for five years at Lutheran General Hospital.