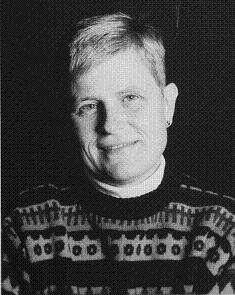 Corinne J. Kawecki is one of the selfless people who quietly serve behind the scenes at a variety of organizations. Her volunteer work began on the Horizons Community Services hotline about 1985. The next year, she became Horizons’ co-director of volunteer services. From 1987 to 1989, she continued to do volunteer work for Horizons in several capacities: editing the newsletter, co-chairing the first Lesbian Health Conference, and serving on the board of directors.

In 1990, partly as a result of her Horizons work, Kawecki was asked to join the board of directors of the Chicago Abused Women’s Coalition (CAWC). During the next two years, she was elected as treasurer of the board and co-chaired the organization’s fifth annual benefit.

In recent years, Kawecki has devoted herself to the Lesbian Community Cancer Project (LCCP), of which she is a founding member. Her work for LCCP has been substantial, and she has played a defining role in its creation and evolution. She was a member of the LCCP steering committee in 1991, was its first treasurer in 1991 and 1992, ran the LCCP hotline out of her home for a year (1991–92), co-chaired the group’s second annual benefit, and has served on the board of directors from its beginning in 1993 until now. During the past two years, she not only has served as president of the LCCP board but also has edited the group’s newsletter.

Clearly generous with her time, Kawecki has also been generous with her money, sponsoring a women’s softball team in the Metropolitan Sports Association in the late 1980s and early 1990s. For many years, she has worked tirelessly toward the betterment of our community. (Please note: this information has not been updated since the time of the member’s induction).