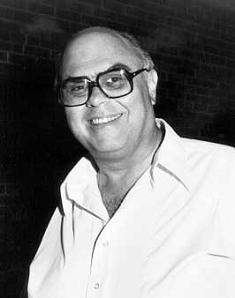 In Mattachine Midwest and other venues, for well over 20 years Ira Henry Hillyard Jones was one of the city’s most visible, energetic spokespersons for sexual-minority rights. He was leader in the gay and lesbian business community, active in religious circles as an openly gay advocate, committed to racial justice, a worker in Regular Democratic organizations, and a leader in numerous gay and lesbian groups.

At the Mattachine Midwest’s first public meeting in 1965, Jones welcomed newcomers. In its last days, he was serving one of several terms as its president. In between, Jones spent thousands of his hours and dollars helping to maintain the group and, through it, to assist untold numbers of persons who called its hotline, wrote, or attended its meetings. In fact, Jones was also part of even-earlier efforts to establish a Mattachine unit in Chicago during the late 1950s and early 1960s.

Besides Mattachine Midwest, Jones’s nonstop activism included involvement with the Gay and Lesbian Coalition of Metropolitan Chicago, Integrity/Chicago, the Metropolitan Business Association, the Prairie State Democratic Club, and Black and White Men Together (now called Men of all Colors together). He was president and a board member of Chicago’s Girth and Mirth social organization, and he served as national president of the Affiliated Big Men’s Clubs of America. In addition, when he became a gay bar and arcade owner after working for several years in low-level state government jobs, he led numerous ad hoc efforts at combating the police harassment of his day and would often work around the clock to gather facts from his sources.

Born in Chehallis, Washington, in 1925, Jones grew up in Portland, Oregon, was a civil rights advocate, served as president of the Oregon Young Democrats, and became executive secretary of the Oregon Democratic Party. He moved to Chicago in the 1950s because he felt that his gayness was incompatible with political work and family ties there.

His magnetic personality and human relations skills enabled him to cultivate a wide range of acquaintances from street hustlers to bishops. His “Ira’s Eye on Chicago” columns in GayLife newspaper occasionally drew mainstream attention. His experience in Oregon under Senator Wayne Morse, and later in Democratic organizations of Chicago’s 42d Ward and then the 4th Ward, often gave him insight into whom to approach and why people were acting as they were when gay and lesbian rights became a political issue.

Both as an ardent Episcopalian and as a strong supporter of two predominantly African American independent churches on Chicago’s South Side known for their hospitality to gay and lesbian worshipers, Jones was able to enlist religious allies in the fight against sexual-orientation and race discrimination. He was always a ready volunteer and a patient, thoughtful collaborator.

He maintained his social-justice commitments and activity until dying in 1986 from a heart attack.