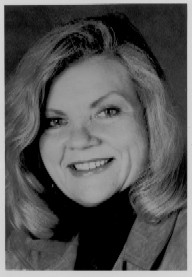 FRIEND OF THE COMMUNITY | Inducted 1991

For the past 16 years, Judith Johns‘s professional life has addressed the needs of the terminally ill, as well as those facing chronic illnesses; these range from AIDS and cancer to pulmonary, renal, and cardiac conditions.

She was inducted as a “Friend of the Community” for her dedication to the gay and lesbian community in the development and promotion of programs and services in response to the AIDS pandemic.

She was the moving force behind the hospice program at Northwestern Memorial Hospital, the first of its kind in the Midwest and a pioneer in AIDS care. Johns developed the program from proposal to active department. Through this experience, as well as from her hands-on work as an intensive care unit nurse, Johns became a visible and vocal proponent for individuals confronting life threatening illnesses, speaking out for the rights of people with AIDS, cancer, and other diseases to live out their lives with dignity and respect, supported by quality, affordable, and humane care. Johns has enhanced her business, marketing, and management skills through positions in hospital administration, and she is now a recognized leader in AIDS research, prevention, and service delivery through Howard Brown Memorial Clinic.

Johns’s most significant involvement in and with the gay and lesbian community centers on her leadership role as the executive director of Howard Brown, the Midwest’s leading provider of support services to and for people living with AIDS and HIV disease. Through her position, she has been able to bring corporate, government, and foundation funding and attention to one of the critical health issues facing the gay and lesbian community and the wider public.

Johns has been an active member of the Chicago Department of Health’s AIDS Advisory Committee, the executive committee of the Service Providers Council of the AIDS Foundation of Chicago, and advisory committees for Northwestern Memorial and Rush-Presbyterian St. Luke’s hospitals. She served informally as an early advisor to the Lesbian Cancer Project, and she was a vital member of a support group composed of the executive directors of seven community based AIDS service providers.

Johns is completing her third year as executive director of Howard Brown Memorial Clinic, arguably one of the most visible positions within the gay and lesbian community. During her tenure, she has steered HBMC into a period of fiscal stability; and, working with HBMC’s board of directors, she has planned for the clinic’s future, addressing the needs of both gay men and lesbians.

She has participated in hundreds of community based events, running the gamut from black tie dinners to elegant theater nights; from International Mr. Leather and Mr. Windy City contests to the Proud to Run Race for Life and the Strike Against AIDS Celebrity Bowl; from bar anniversaries to the stage of The Baton; from parades to parties. Judith Johns has gone above and beyond the call of duty, lending her support to issues critical to the whole gay and lesbian community, and in turn being embraced by those she serves.