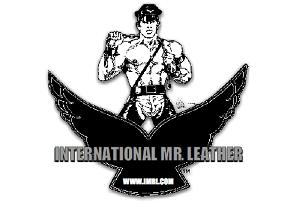 Founded in 1979, International Mr. Leather (IML) is one of the oldest LGBT institutions in Chicago and the United States. For more than three decades, IML has made far-reaching contributions in Chicago’s gay business, entertainment, health, and tourism arenas. Named “the granddaddy of all leather events” by San Francisco’s Bay Area Reporter, IML brings thousands of gay men to Chicago annually on Memorial Day weekend. In recent years, the event has also been attracting women and people of all sexual orientations to its festivities. This homegrown contest has brought people from around the world to Chicago over the years.

IML was founded by Chuck Renslow and Dom Orejudos, both of whom are previous inductees into the Chicago Gay and Lesbian Hall of Fame. Often led by the commitment and passion of its titleholders, IML has, over the years, confronted and publicly addressed issues such as AIDS, racism, sexism (and other forms of discrimination), addiction and recovery, crystal meth, and bare-backing. The IML stage has been shared by various races, religions, and nationalities, with contestants representing gay, non-gay, bisexual, and transgender people. While women have not competed, IML was instrumental in establishing and supporting the International Ms. Leather competition and has placed women on its own yearly panel of judges.

Since the Leather Archives & Museum was founded in Chicago in 1991, IML has been that institution’s largest financial supporter. The LA&M is the only institution in the United States dedicated to the preservation of and access to leather and fetish sexuality, with a collection of papers, records, artifacts, art, and memorabilia that attracts both scholars and casual tourists from around the world. Without the financial support of IML, the museum would not the only leather organization in the country to own its own building.

International Mr. Leather is both a long-lived community institution and one of the many reasons that Chicago is a great place for LGBT individuals to live, work, and visit. (Note: information listed has not been updated since the organization’s induction).