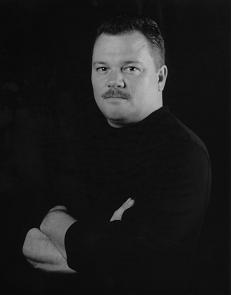 While working out of the limelight as a businessman and fund-raising advisor, Chuck Hyde helped sexual-minority community organizations since 1982 to produce successful benefits and assiduously fostered relationships between them and underwriters in the business community. He was a person who worked behind the scenes, preferring to avoid the spotlight, but without whom local community organizations would lose a notable benefactor.

Hyde was the “go to” man at Sidetrack, a Halsted Street bar that has supported countless community projects. He was the one to talk to for organizing a benefit or holding a party. He himself organized numerous charitable events and helped to persuade other businesses to join in.

First as a staff member, then as manager, then as partner, Hyde worked at Sidetrack for 19 years. He was responsible for the bar’s day-to-day operations, helped to oversee Sidetrack’s five expansions, worked as a video jockey, and served as an unofficial consultant to groups wishing to organize fund-raisers. When he arranged to host a community event, he not only saw to it that the bar provided space; he also became active in planning the event, lending his expertise and advice and helping to set up business partnerships.