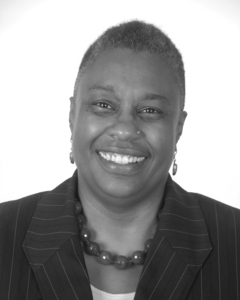 Kim Hunt, moved to Chicago in 1985. After earning her first masters degree in Urban Planning and Policy in 1987, she worked on various policy projects for the CTA and went on to earn her second masters degree in Public Policy, eventually co-founding a management consulting firm. Kim became the first Executive Director at Affinity Community Services, a position she held until 2015. She currently serves as the Executive Director of the Pride Action Tank, a project of the AIDS Foundation Chicago which represents a new model of social justice work in the LGBT community focusing on some of our most urgent problems, including youth homelessness. She has served on numerous civic boards and advisory councils including New Leaders Council, She100, Chicago Foundation for Women’s LBTQ Giving Council, and the Women’s Advisory Council of the Center on Halsted.

In addition, Hunt served as an advisor for the LGBT Health Advisory Council for the Chicago Department of Public Health and chaired the OUT at Chicago History Museum Planning Committee. She is a political columnist for FOP Magazine, a gay men’s fashion publication, and is a founding co-host of “OUTspoken”, a monthly LGBT storytelling event. She has served on the boards of the Chicago Center for Urban Life and Culture, and the UC LGBT Network. She is currently a board member of the Legacy Project. In addition, she has worked on the Logistics Committee to bring the Gay Games to Chicago, mentored youth, and taught courses on LGBT Social Justice Movements.

Hunt has been recognized by Ubuntu Leadership Award from the United African Organization; a Civil Engagement Community Service and Community Organizing Award from the UIC Gender and Women’s Studies Program; a Women & Girls Inspiring Change Award from Global Girls, Inc.; chosen as a PFLAG National Celebrates the Heartland Honoree; and named Advocate of the Year by the Illinois Safe Schools Alliance. (Note: information listed has not been updated since the member’s induction).