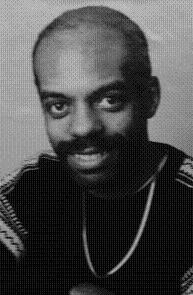 Earnest E. Hite, Jr., was born and reared in Champaign, Illinois, and he cites the strong interest by, and continuing support of, his parents, Dorothy and Earnest Hite, Sr., as a key component in his development and growth as a human being during his early life in this medium-sized downstate community. Hite earned an Associate of Arts degree at Parkland College in Champaign, and he has continued his educational pursuits through coursework at the University of Illinois at Urbana, Chicago State University, and National Louis University in Chicago.

In 1981, seeking to expand his horizons and to explore life alternatives to the traditional family, Hite moved to Chicago. Between 1981 and 1988, he was employed by the University of Illinois Hospital; during this period, Hite emerged as one of Chicago’s most visible openly gay men of African descent.

A pivotal event in his life occurred in 1987: Hite tested HIV-antibody positive. This result motivated Hite and Leon White, his life partner and best friend, to establish Image Plus, a grassroots organization they designed to promote positive living and united support for young gay and bisexual males of African descent. As an HIV/AIDS health educator and youth worker who is openly HIV-positive and gay, he has assisted community-based groups, especially those serving African American.

In professional response to his sero-status, Hite changed jobs, and joined the HIV/AIDS staff at Cook County Hospital as a health educator. He also volunteered as a support manager with the hospital’s rapidly expanding HIV/AIDS program. Building on the experiences he gained in these positions, Hite was employed by or volunteered for a variety of community-based organizations included; the Garfield Counseling Center, the Minority Outreach Intervention Project, the Kupona Network, “The 10% Show”, the BROTHERRS Project, the Chicago Black Lesbian and Gay Organization, and Chicago Outlines. Hite was employed as a program supervisor for the Night Ministry’s Open Door Youth Shelter. He also served as a member of the City of Chicago’s Advisory Council on Gay and Lesbian Issues.

Throughout his involvement with each of these organizations, Hite presented himself as an openly gay African-American role model. Additionally, he and his partner facilitated the evolution of Image Plus into a not-for-profit organization that addressed a range of social, political, and health issues — including safer sex, homophobia, and sex-positive concerns — in a manner and style tailored to meet the cultural needs of African-American gay/bisexual men.

In May 1993, Hite became the first openly gay, African-American male to receive the prestigious Stonewall Award in recognition of his contributions to quality of life for the gay and lesbian community.