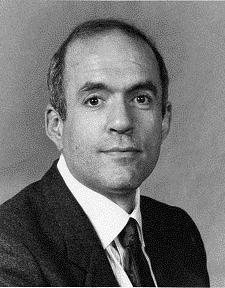 Since 1992, as an openly gay man living with AIDS, Greg Harris has been chief of staff for 48th Ward Ald. Mary Ann Smith. He has devoted much volunteer time to AIDS-related causes and was co-founder and first president of AIDS Walk Chicago and of Open Hand Chicago. He was also instrumental in securing domestic partnership benefits for Chicago city government employees.

Harris was recently featured in a training videotape used by the City of Chicago to sensitize city workers to HIV/AIDS-related issues in the workplace. Since appearing in the videotape, he has sometimes been stopped on the street and congratulated because of being recognized.

Since the beginning of the HIV epidemic, Harris has devoted untold amounts of volunteer time to AIDS-related causes. He co-founded and was the first president both of AIDS Walk Chicago and of Open Hand Chicago. To date, the AIDS Walk has raised more than $12 million, and Open Hand has served more than 1.2 million meals. He innovated regular meetings among board presidents of local AIDS organizations in order to promote intergroup cooperation. He has also served on boards of other AIDS organizations, such as the AIDS Foundation of Chicago’s Service Providers Council and its Advocacy and Public Policy Committee, as well as the AIDS Legal Council of Chicago’s board of directors.

Harris has been active in numerous electoral campaigns. He cofounded an organization called Lesbians and Gays in Government as a support and networking group for Chicago’s many lesbian and gay employees at all levels of government. He has also shepherded projects of significance to the AIDS community, such as Uptown’s San Miguel Apartments, through the governmental process. And he has been active in working for domestic partnership benefits for local government employees and for a domestic partnership registry.

In light of his unceasing dedication over the years to persons with HIV/AIDS both as a volunteer and as a city worker, Greg Harris is now recognized for his enduring spirit. (Please note: this information has not been updated since the time of the member’s induction).