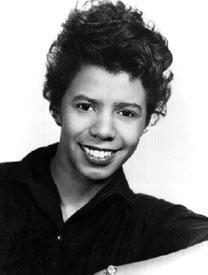 In 1959, Hansberry became the first African American woman to have a play, “A Raisin in the Sun”, produced on Broadway. That year, she also became the first African American to win the New York Drama Critics Circle’s Best Play award. The play later became a film and still later a television adaptation. It is critically viewed as among the century’s most memorable works of drama. Before its Broadway premiere and after openings in New Haven and Philadelphia, the play opened at Chicago’s Blackstone Theatre. The play was inspired by a housing desegregation struggle on Chicago’s South Side in which Hansberry’s own family participated. Her father, Carl Hansberry, challenged the enforcement of racially restrictive housing covenants in a legal battle that was won in the U.S. Supreme Court in 1940.

Hansberry’s second play, “The Sign in Sidney Brustein’s Window”, showed the range of messages she wanted to convey. This piece did not deal exclusively with the “black experience” but rather explored sexuality, including same-sex attraction, and its link with creativity, in addition to dealing with anti-Semitism. It closed on the day she died. Characters in a third play, “Les Blancs”, which was unfinished at her death, included a gay couple.

Hansberry worked tirelessly to end racism, sexism, and eventually homophobia. She is widely credited with writing two 1957 letters published in her voice and over her initials in The Ladder, an early lesbian periodical, which discussed the need for lesbian liberation. The letters compared and brought to light the strong relationship between homophobia and misogyny.

Before her Raisin success, Hansberry studied at the University of Wisconsin, at Roosevelt College (now Roosevelt University) in Chicago, and in New York at the New School for Social Research and the Jefferson School of Social Sciences. She had also written for Paul Robeson’s Freedom magazine in New York.