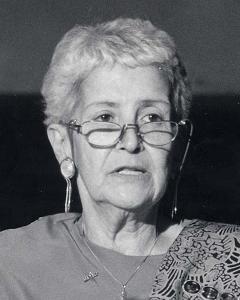 A retired attorney, Renee Hanover‘s entire life has involved a blend of skills and causes. As an unflagging advocate for the rights and welfare of lesbians and gay males, she has used and taught us lessons derived from a history of labor organizing, leftist politics, feminism, cultural self affirmation, brotherhood, advocacy of racial justice, and being a lawyer. Her most important contributions have consisted of bringing an analytical approach, combined with passionate commitment, whenever issues affecting gay and lesbian persons were under discussion.

A well-known attorney who often provided her services pro bono, she has long been a high-visibility advocate for lesbian and gay rights. She has worked for civil rights legislation of all kinds and has vigorously opposed all forms of discrimination in the law and in the community. In 2000, she moved to Los Angeles, where she now lives at age 77.

She has also been an invaluable organizer of efforts to address specific community problems. Without employing mere rhetoric, she has always pointed out connections between lesbian or gay issues and other social phenomena, and, by bridging a practice and theory gap between lesbian and gay activism and other social change movements, she has been a living argument against ghettoization.

Hanover has embodied gay and lesbian pride and visibility every time she appeared in court or negotiated on behalf of a gay or lesbian client, and every time she testified or lobbied knowledgeably in policy making settings. All this advocacy was unpaid, and even her law practice was often pro-bono. Her ability to motivate others and to size them up accurately has been of great aid to her own and others’ advocacy efforts.