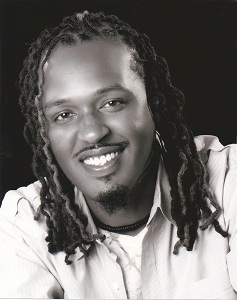 Keith R. Green, has dedicated 10 years of work on the HIV/AIDS epidemic among black gay and bisexual men. He was associate editor of Positively Aware, helped to establish the anti-AIDS group Chicago Black Gay Men’s Caucus, led a research project on HIV pre-exposure prophylaxis among young men who have sex with men, and is on the staff of AIDS Foundation of Chicago.

Green began his career in social services as associate editor of Positively Aware magazine, utilizing his platform at the highly respected national HIV treatment education journal to heighten awareness about the social detriments of HIV infection for black gay and bisexual men. During his tenure there, Green joined forces with the Chicago Department of Public Health and several black gay community organizers to establish the Chicago Black Gay Men’s Caucus.

The mission of CBGMC has been to mobilize and empower black gay men and their allies to reduce new HIV infections among black men who have sex with men in Chicago. In addition to his most recent role as director of federal affairs at the AIDS Foundation of Chicago, Green also currently serves as chairman of CBGMC, and the organization’s budget has increased nearly 75 percent in the past year.

In 2008, Green received a fellowship to the University of Wisconsin–Madison to complete a master’s degree in social work. He returned to Chicago to assume the role of project director for Project PrEPare. Project PrEPare is a research study being conducted through the Adolescent Trials Network (at John H. Stroger, Jr. Hospital of Cook County and at Howard Brown Health Center), designed to explore the acceptability and feasibility of using pre-exposure prophylaxis (PrEP) among young black men who have sex with men in Chicago.

In his role, Green is said to have become the first black gay man in the world to become directly involved in the management and implementation of a study focused on this innovative new biomedical prevention strategy. The study has recruited more young black men who have sex with men than any other PrEP study to date and is now part of the global initiative (iPrEx), which is largely responsible for the U.S. Food and Drug Administration’s approval of Truvada as PrEP.

Green has also served as an adjunct instructor at Northeastern Illinois University. This autumn, he was to begin doctoral studies at the University of Chicago’s School of Social Service Administration, where he has been granted a fellowship that includes full tuition and an annual stipend.