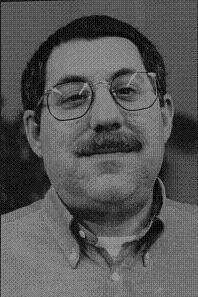 As an activist and advocate for gay and lesbian human rights for more than 25 years in the Midwest and Chicago, Graubart participated in the passage of human rights legislation, the effort to overcome the anti-gay and –lesbian efforts of Anita Bryant, and 1970s demonstrations for same-sex marriage. A resident of Chicago for over 20 years, is a Senior Systems Engineer for Datalogics, Inc., and was the chief engineer in the design and implementation of the world’s two top-selling computer text editors: IBM’s TextWrite and Datalogic’s WriterStation. Of greater significance to Chicago’s gay and lesbian community, he has been in the forefront of visible, vocal, in-your-face activism since he arrived in Illinois in 1970.

He began his activist career as the founder of the University of Illinois at Champaign/Urbana Gay Liberation Front in 1970. He started the university’s first gay studies program the next year, and also lobbied the Champaign City Council to repeal that city’s code outlawing cross-dressing. In 1973, he ran for mayor of Urbana as an openly-gay candidate. Between 1972 and 1974, he advocated for and was instrumental in the passage of the Champaign/Urbana gay rights ordinances, the first such laws in Illinois.

During 1973, Graubart organized the first mobilizing convention for the initial national Gay and Lesbian March on Washington. Thereafter, he moved to Chicago where he served as Chairman of the 1974 Gay and Lesbian Pride Week; in this role, he was successful in placing the first gay ad cards on the CTA’s buses and trains. That year, he also helped to form the Gay Rights Action Coalition, specifically for the purposes of promoting gay equality and the legalization of same-sex marriage. He supported and worked with lesbians Nancy Davis and Toby Schneiter in their actions to secure a marriage license from the Cook County Clerk; this included political and financial support when they were jailed following their sit-in at the Marriage License Bureau.

In 1977, as a member of the Committee for Gay Rights, he helped to organize Chicago’s largest gay rights demonstration [to that date] to counter the appearance of the homophobic Anita Bryant at the Medinah Temple. He traveled to Dade County, Florida to network with and work beside that area’s gays and lesbians during their efforts against the referendum to repeal the Gay Rights Ordinance that was spearheaded by the one-time beauty queen and orange juice spokeswoman.

That year, he also chartered and financed a bus to New York City, organizing a protest rally at the United Nations to demand world-wide gay and lesbian equality.

On the local front, he was named Co-Chair of Chicago’s Committee for Gay Rights, and he helped organize additional pro-gay rights demonstrations, both in New Town and within the Chicago City Council Chamber in response to Alderman Edward Burke’s anti-gay hearings. Notably, the same alderman was among the leading proponents of Chicago’s Human Rights Ordinance when it was finally passed by the City Council in 1989.

In 1990, Graubart was instrumental in the formation of Chicago’s Citizens for Gay Action, still advocating for same-sex marriage and also recognizing, monetarily, the work of out-front gay and lesbian activists. Graubart originally was inducted under the name Graubart-Cervone following his religious ceremony to his partner. (Please note: this information has not been updated since the time of the member’s induction).