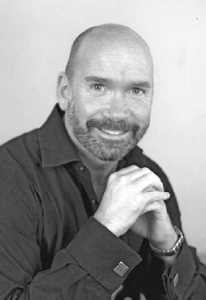 Ted Grady is co-owner of Chicago’s J&L Catering, through which he has helped to underwrite and sponsor many nonprofit groups. He has also helped to lead and raise funds for such causes as About Face Theatre, Equality Illinois, and Chicago House, and he works on global LGBT issues with Chicago’s Heartland Alliance. Since moving to Chicago from St. Louis in the early 1990s, his true passion has been to improve the lives of the underserved and marginalized members of Chicago’s LGBT communities, and toward that end he has worked with tireless devotion.

The list of organizations he has served in this way is as extensive as it is diverse: Equality Illinois, About Face Theatre, Chicago House, Howard Brown Health Center, Center on Halsted, Dance for Life, the AIDS Foundation of Chicago, Lambda Legal, Designs for Dignity, TPAN (Test Positive Aware Network), BEHIV (Better Existence with HIV), the Zacharias Sexual Abuse Center in Lake County, and many others. Providing food, beverages, and services for thousands of people is costly. Hundreds of thousands of dollars that might have been spent by organizations to cover those services over the years have instead been channeled to direct care and to other services for those in need.

Grady’s generosity has not only been financial. He has also given a considerable amount of personal time to many LGBT organizations. In the past, he has co-chaired Equality Illinois’ Justice for All Gala. In addition, he has served for more than 10 years on the board of directors of About Face Theatre. Grady is also a cosponsor of the Wonka Ball, an annual gala that began in 1999 and has grown to be one of the most successful LGBT fundraisers in Chicago. Grady is now involved in the Heartland Alliance for Human Needs & Human Rights on its LGBT supportive Global Equality Network committee, and he serves as an advisory committee member for the Adler School of Professional Psychology.

Grady has also helped to secure bakery space for Sweet Miss Giving’s and continues to partner with it. The Chicago House–affiliated bakery has helped the underprivileged, including previously homeless and HIV-affected men and women, to gain skills needed to return to the workplace through culinary education and on-the-job training.

Since his arrival in Chicago, Ted Grady has proved himself an impassioned, reliable, and tireless contributor to LGBT communities through both the donation of catering services and resources and through donation of time and efforts. His commitment and vision have been of immeasurable help to Chicago’s LGBT cultural, social, and healthcare organizations. (Note: information listed has not been updated since the member’s induction).