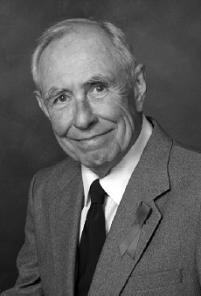 Ralph Paul Gernhardt fostered the development and cohesion of Chicago’s sexual-minority communities by helping to provide them for nearly three decades with the news and information vital to any community’s growth. In 1975, building on his radio broadcasting background, Gernhardt launched a telephone information line that was updated daily. Then, in 1976, he took the next step and started publishing in print. This led to the birth of Gay Chicago News, the first weekly publication for LGBT Chicagoans. Shortly after founding the publication, Gernhardt hired Dan Di Leo, an experienced newspaperman, as writer and editor.

Six months later in 1977, Gernhardt and Di Leo (who died at age 51 in 1989) became business partners and co-publishers of Gay Chicago Magazine. The magazine, itself entered the Chicago Gay and Lesbian Hall of Fame in 1989, was a mainstay in Chicago LGBT community until it ceased publication in 2011.

Gernhardt was born on Chicago’s North Side in 1934. After graduating from high school in Fox Lake, he enlisted in the U.S. Air Force, serving as a special weapons technician and observer in post-war Korea. Finishing his four-year tour of duty in Wyoming, he returned to Chicago and completed training for a radio broadcasting career. His 17-year radio career included work in Michigan, Wyoming, Colorado, Louisiana, Texas, and Tennessee. In 1959 he married Marilyn Ridgedale, and the couple had two children, Craig and Christy. While working in Nashville, Tennessee, Gernhardt gained custody of the children and, in the early 1970s, moved back to Chicago to be near his family. He taught radio broadcasting before starting his LGBT career.

During that career, besides publishing, Gernhardt became an organizer of the Gay Athletic Association, which preceded the current Chicago Metropolitan Sports Association. He and Di Leo also sponsored numerous bowling and softball teams. They were founding members of the Gay and Lesbian Press Association. Using Gay Chicago‘s pages, they tirelessly promoted safer-sex practices, supported anonymous HIV testing programs, and distributed free condoms in addition to publishing a Safe Sex Calendar. With Robert Fagenholz and his son, Fred, of the recently closed Marigold Bowling Arcade, they formed “Strike Against AIDS,” a group that contributed tens of thousands of dollars to fight AIDS. Gernhardt’s support of AIDS work, athletics, and community events (such as an annual Gay Day at the Great America amusement park) continued until his passing.

Gernhardt’s career has also included presenting the Gay Chicago Magazine Awards from 1977 to 1992, which honored outstanding achievements by community members in those years. He aided fund-raising efforts for Center on Halsted activities. Ralph Paul Gernhardt passed away June 4, 2006 of lung cancer. He was 72.