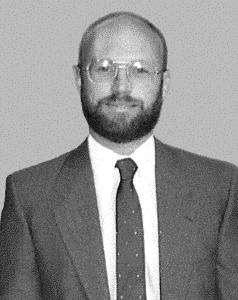 As an openly gay, high-achieving student and lawyer, Bon Foster was the principal founder of the Lesbian and Gay Bar Association of Chicago (LAGBAC). He also volunteered as an attorney at Howard Brown Memorial Clinic. He died of AIDS complications in 1991. His bequest helped to open Lambda Legal Defense and Education Fund’s Chicago office.

Born in 1955, Foster graduated as a member of Phi Beta Kappa from the Massachusetts Institute of Technology with a bachelor’s degree in urban studies and a master’s degree in city planning. In Springfield, Illinois, he worked for the state Budget Bureau and Transportation Department before coming to Chicago in 1984 to enter law school.

After graduating first in his 1987 class at Northwestern University School of Law, Foster became a law clerk to U.S. District Judge Milton I. Shadur in Chicago. Later, he was a litigation associate at the Chicago firms of Jenner & Block and Schiff Hardin & Waite. During his clerkship, he also volunteered as an attorney at Howard Brown Memorial Clinic (now Howard Brown Health Center).

While still at Northwestern, he became active in the law school’s gay and lesbian student organization. As he prepared to begin practice, he saw that Chicago still had no organization of legal professionals within its larger lesbian and gay community, despite the city’s high number of lawyers and the fact that cities elsewhere had developed gay and lesbian legal groups. He became the prime mover in bringing together a core of attorneys and law students to found LAGBAC, which he served as treasurer and as co-chairperson.

Foster saw to it that the nuts and bolts of bringing a new organization to life were handled and that decisions were hammered out on more theoretical issues by a group of independent minded, self-confident individuals. Since its formation, and thanks in large part to Foster’s initial tenacity, the group has offered an array of services to both the legal and the lesbian and gay communities, including public education programs, lawyer referrals, professional education, and judicial evaluations.

Throughout law school and his legal career, Foster was unfailingly candid about his gayness and served as a role model, encouraging lawyers and other lesbian and gay persons to lead open lives. He demanded the best from himself and others, and his honesty and forthrightness earned him many admirers. Foster died of AIDS complications in 1991.