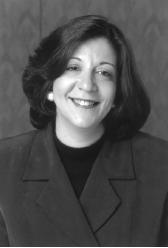 FRIEND OF THE COMMUNITY |  Inducted 2001

Sara Feigenholtz was selected as a “Friend of the Community” for her service since 1995 as a state representative from the North Side’s 12th district in supporting human rights protection and in helping to win funds to fight HIV/AIDS and assist other community projects. During her time as a state representative from the Chicago North Side’s 12th district, she has continually voiced support for gay, lesbian, bisexual, and transgender (GLBT) equal rights, besides backing other measures to address problems affecting sexual-minority communities, such as HIV, AIDS, and hate crimes.

Feigenholtz’s work has helped to secure significant funding for health and social service programs of special interest to those communities. The money has assisted such agencies as Howard Brown Health Center, Horizons Community Services, Test Positive Aware Network, About Face Theatre, Open Hand Chicago, and AIDSCare. She has been recognized for that work by several organizations, including AIDS Foundation of Chicago and Howard Brown Health Center.

Among the stands taken by Feigenholtz while a state representative have been advocacy of including sexual-orientation discrimination ban in the Illinois Human Rights Act; opposition to the 1996 passage of a law barring recognition of same-sex marriages; successful support for expanding the state’s AIDS drug reimbursement program to ensure that all persons living with HIV or AIDS can have access to a full spectrum of medications; opposition to name reporting for persons living with HIV, which helped lead to the non-name-based, “unique identifier” reporting system now in effect; and sponsorship of various proposed amendments to the state’s hate crime law, intended to make prosecutions easier.

She took office as a state representative in 1995. In the state House of Representatives, she chairs the Human Services Committee and co-chairs the Tobacco Settlement Proceeds Distribution Committee. She holds a bachelor of arts degree from Northeastern University.

Feigenholtz has supported important substantive and fiscal measures with notable present or future effect on the quality of life for GLBT individuals in Chicago and statewide. (Please note: this information has not been updated since the time of the member’s induction).