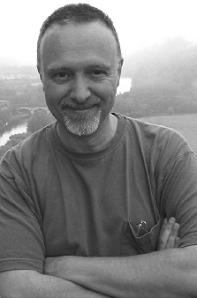 John D’Emilio’s work in the field of LGBT history has had far-reaching impact. His pioneering research has enriched the academic study of the sexual-minority past, helped to make Chicago a national center of such scholarship, and supported social activism, including historical work that was cited by the Supreme Court in its landmark 2003 Lawrence v. Texas decision.

He earned his Ph.D. in 1982 from Columbia University as well as earlier degrees there and was one of the first academics and activists in the country to begin work on gay scholarship. This is reflected in his numerous essays published in the Harvard Gay and Lesbian Review, Journal of Sex Research, and New York University Review of Law & Social Change; in contributions to anthologies; and in eight books, which include “Sexual Politics, Sexual Communities: The Making of a Homosexual Minority in the United States, 1940–1970” (published in 1983); “Intimate Matters: A History of Sexuality in America”, co-written with Estelle B. Freedman (1988); “The World Turned: Essays on Gay History, Politics, and Culture” (2002); and “Lost Prophet: The Life and Times of Bayard Rustin” (2003), a biography of the noted U.S. civil rights leader who was also gay.

D’Emilio taught at the University of North Carolina at Greensboro and the University of Illinois at Chicago. He has been on the UIC faculty since 1999. He is a former director of the UIC Gender and Women’s Studies Program and serves as professor of history and gender and women’s studies.

In addition, he was responsible for writing, researching, lecturing, and planning as the founding director of the National Gay and Lesbian Task Force’s Policy Institute from 1995 to 1997. From 1988 to 1993 he was a member of the NGLTF board of directors, which he co-chaired for two years.

D’Emilio’s activism and scholarship have been recognized by grants, awards, lecture invitations, and fellowships from many institutions, including the John Simon Guggenheim Memorial Foundation, the National Endowment for the Humanities, the Center for Lesbian and Gay Studies (CLAGS) at the Graduate Center of the City University of New York, and the Lambda Literary Foundation.

He has worked as a member of the UIC Chancellor’s Committee on the Status of Lesbian, Gay, Bisexual, and Transgender Issues; as a member of the CLAGS advisory board; and as a member of several other boards, including the editorial board of the Journal of Homosexuality. He currently serves on the board of directors of Chicago’s Gerber/Hart Library.

In the 1980s and 1990s, D’Emilio submitted affidavits in support of litigants challenging the constitutionality of sodomy statutes. In the most significant such case, D’Emilio and Freedman’s “Intimate Matters” was cited by the landmark U.S. Supreme Court majority opinion in Lawrence v. Texas, 539 U.S. 558 (2003), which declared consensual “sodomy” laws to be unconstitutional. D’Emilio was also a coauthor of a historians’ brief, which the Court cited as well.

His professional career has helped to inspire our future while reflecting our past and enriching our present. (Note: information has not been updated since the time of the member’s induction).