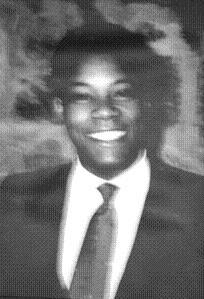 Samuel F. Davis, Jr., entrepreneur and attorney, was a man who put his energy and money into providing a nurturing environment particularly for African American members of Chicago’s lesbian and gay community.
Bars he co-founded were Dëeks, Pangea, and the Clubhouse. He also aided the Kupona Network, the Minority Outreach Intervention Project, and the Reimer Foundation.

Davis was born in Cincinnati, had two brothers and a sister, and graduated from Boston College Law School. In 1984, he began a three-year association with the Chicago law firm of Katten Muchin & Zavis. With his partner, Robert S. Yeaworth, Davis opened a number of successful business ventures, including a seafood restaurant; one of the first gourmet muffin shops in the city, Newbury’s on Michigan Avenue; Dëeks; Pangea; and the Clubhouse. The latter two establishments were entertainment centers that, while welcoming all individuals, provided supportive environments long overdue in Chicago where gay and lesbian people of color could gather in a safe and healthful atmosphere.

Davis was a major supporter of Kupona Network, the first AIDS service organization in Chicago’s African American community, and volunteered his legal services to the organization and members of the community. He continued to fight against AIDS with his support of the Minority Outreach Intervention Project. In addition, through Deeks and his other business ventures, he contributed generously to the Reimer Foundation and other health and political organizations. Davis made the Clubhouse available for rallies and organizing meetings for many causes, including the successful action of the Ad Hoc Committee of Proud Black Lesbians and Gays as they organized their historic participation in the 64th annual Bud Billiken Parade.

As an attorney, Davis took on the causes of individuals who were fired from their jobs with resultant loss of benefits and insurance through thinly veiled discriminatory actions when their employers learned they were HIV-positive or had AIDS. Among the many he helped, Davis aggressively negotiated settlements on behalf of persons fired because of their perceived sexual orientation or health status.

Davis fought the negative stereotypes which plagued the minority community. “Pangea” was adopted as the name of one of his clubs, reflecting his hope to bring the world back together by catering to men and women of all races, nationalities, and colors — treating all with dignity and respect.