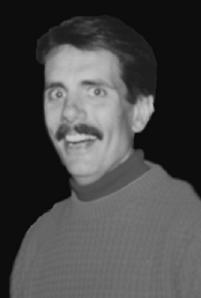 For several years in the 1970s and 1980s, Chris Clason was a talented, entertaining figure as a singer-comic on local stages. He was also an Actors Equity member and worked onstage and backstage in community theater, children’s theater, and professional dinner theater as well as modeling. He had several other jobs in restaurants, catering, even the U.S. Environmental Protection Agency.

But Clason is best remembered as the chief founder of Test Positive Aware Network (TPAN), which in his nonbureaucratic, visionary, and proactive way he established in 1987 on the basis of responses to an ad he placed in Gay Chicago Magazine. He then served as its first executive director for two years.

TPAN was the first support network organized to reach out to all people who have tested positive for HIV, providing a combination of information and moral support. After his TPAN tenure, Clason moved to Howard Brown Memorial Clinic (now Health Center), where he served as education manager for nine months.

Clason was also a three-year member of the WTTW community advisory board and a member of city and state AIDS advisory councils. He organized “The Word Is Thanks,” a fund-raiser in response to WTTW’s presentation of the historical documentary Word Is Out.

Born in 1953 in Detroit, Clason graduated from Kimball High School in Royal Oak, Michigan, and completed two years as a theater major at Eastern Michigan University before moving to Chicago in 1972. In March 1990, in declining health, he moved to his parents’ home in Oklahoma City. In Oklahoma, he sang in a gay chorus, took part in a bowling league, and helped plan the yearly gay and lesbian parade. He was also a speaker for the Regional AIDS Interfaith Network in Oklahoma City, where he died at age 38 in 1991 from complications of HIV infection.

Looking back in 1990 on his activist career during an interview with Bob Hultz, he characteristically spoke in favor of trying to maintain perspective as well as optimism: “I think our best focus for [TPAN] is to listen to the membership, to hear what people say. Look and see what draws people in, what satisfies them and provide that. . . . When everything about your life is attached to HIV and AIDS, it’s like wearing yellow sunglasses all the time. Your world starts to get colored. But there are other colors in the rainbow. . . .

“Death and dying issues are major issues; we have all had to deal with the death of more friends and acquaintances than any of our parents. My parents are in their late 70s but they have not been exposed to the kind of death that I’ve been exposed to. . . . It will not be the same for generations after us. . . . It will be better and it will be worse. Just try to maintain the flexibility to handle whatever is coming up. I think death and dying is an important issue, but I think health and living is a very important issue; both deserve equal focus, if not a little extra on health and living issues.” He died on December 26, 1991 from complications resulting from HIV infection.